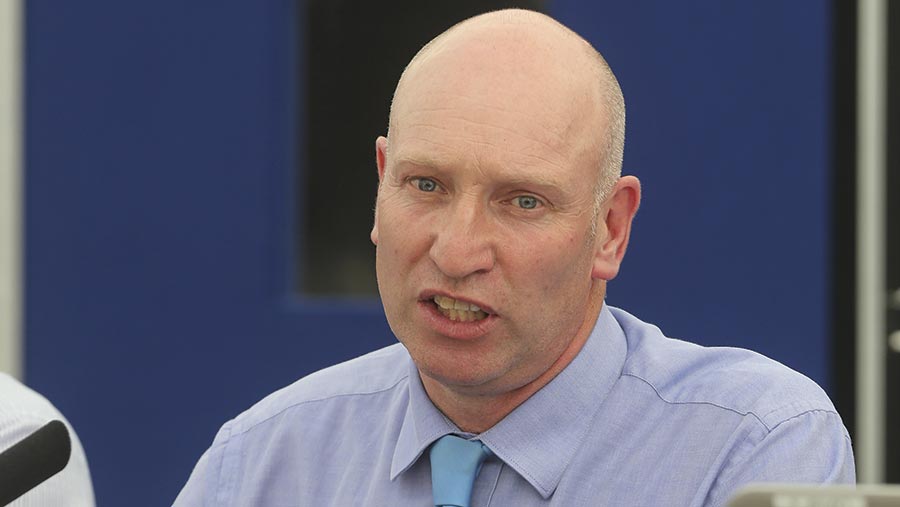 Leicestershire farmer Charles Sercombe has pulled out of the race to become NFU deputy president – but still hopes to win a place on the union’s top table.

The NFU leadership elections are due to take place on Wednesday 21 February, immediately after the union’s annual conference in Birmingham.

All three top table office-holder positions are up for grabs and will see the election of a new NFU president, deputy president and vice-president.

Mr Sercombe was nominated to run for the posts of deputy and vice-president.

But in a letter to NFU council members, he said he believed other candidates had more support for the deputy role – although he still hoped to be elected NFU vice-president.

“After much thought and reflection, I intend to withdraw my nomination for the position of deputy president,” said Mr Sercombe.

Mr Sercombe said he made the decision after much deliberation following feedback in the wake of last month’s leadership hustings and NFU council meeting.

But he said he would like to retain his nomination for the role of NFU vice-president.

“I truly believe my skills, experience and commitment will bring a balance of expertise to the office-holder team, and will enable me to be effective from day one.”

Serving for two years, the new officer-holders will lead the NFU through Brexit and beyond.

Agriculture will be one of the industry sectors most affected by the UK’s decision to leave the EU, which is scheduled for March 2019.

Mr Sercombe said the union’s new leadership team must “hit the ground running because we cannot afford to wait any longer before developing our strategy to have maximum influence”.

A key part of this would be developing the union’s communication strategy, he said.

Doing so was vital if NFU members were to feel truly part of the process of developing a domestic agriculture policy post-Brexit.

It was important to communicate effectively with government – especially to offer them well-designed solutions, said Mr Sercombe.

It was also important to communicate with the wider British public to let them know that British agriculture delivered a plentiful supply of high-quality, affordable food.