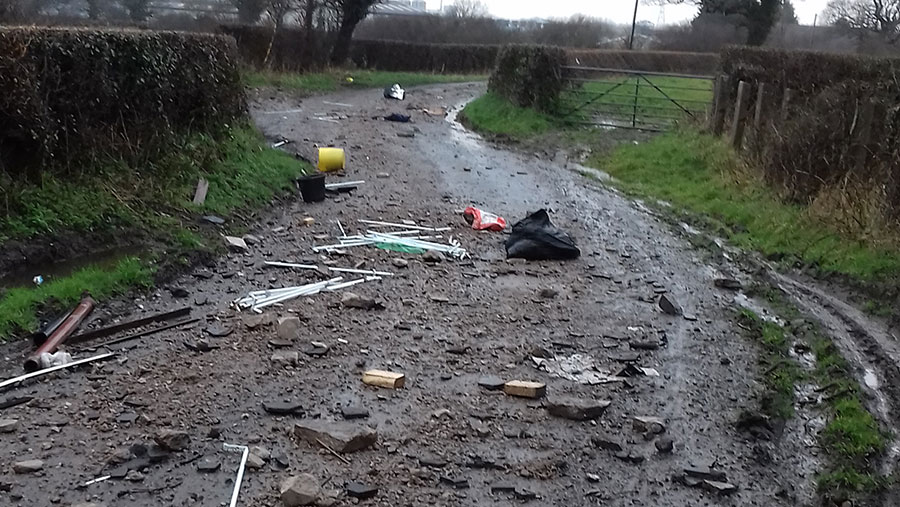 Fly-tipping across a rural road in Cheshire led to it being closed for one day, causing significant disruption to farmers and residents.

Environmental officers from Cheshire West and Chester Council shut part of Hapsford Lane in Helsby for the whole of Sunday (11 March) to clear 10t of industrial waste.

A mound of concrete bricks, rubble, pipes and other detritus was dumped across a large section of the road.

A tractor and HGVs were needed to clear the waste. On this occasion, the council picked up the clean-up bill because the waste was dumped across a public road. 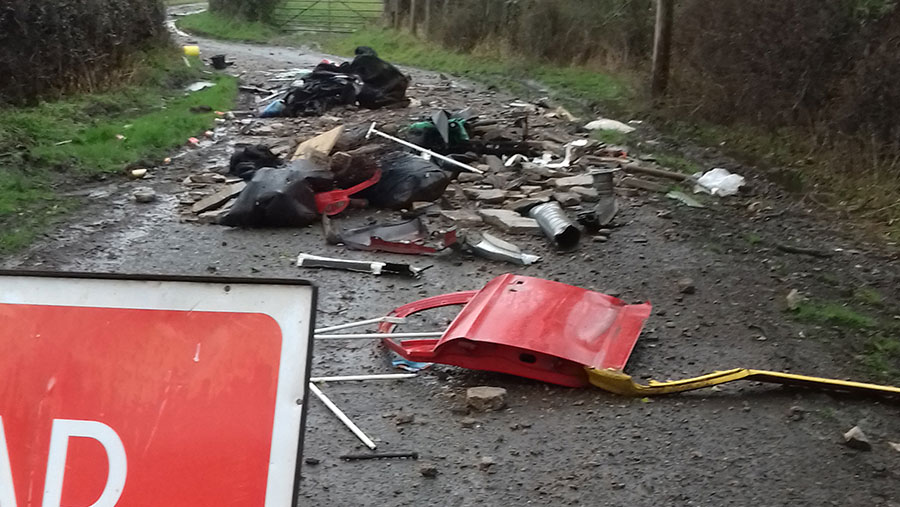 One local farmer said: “Fly-tipping is on the rise around here. It’s absolutely deplorable.

He added: “[The fly-tippers] go down quiet country lanes, usually at night, tip their rubbish in a minute and then they are gone in a flash.

“I think the police are reluctant to trace these people. It’s a nightmare.” 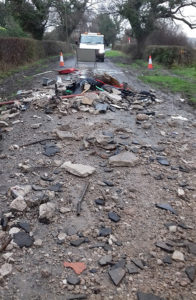 Another farmer said: “Fly-tippping is happening all over Helsby and Frodsham. It’s a disgrace.

“They just go down any back lane, tip waste into the middle of the road and ditches and just drive off.

“I have caught a couple of fly-tippers in the act, blocked them in and made them clear it up.

“But they go off and tip it somewhere else.

“You report it to the council and police.

“I think I have cleaned up more waste myself than the council. The police just don’t seem to care.”

Councillor Karen Shore, cabinet member for the environment team and member for Whitby ward in Ellesmere Port, said: “We will do everything possible to investigate, find and bring to justice the perpetrator of this callous environmental crime.

“Following a day clearing 10t of material the road was re-opened.

“The operation needed a tractor and large HGV vehicles. Further work was needed on Tuesday (13 March) and then finally mechanical sweeping.

“No fly-tipping is acceptable but this act has closed a road and presented a dangerous obstruction in our countryside.”