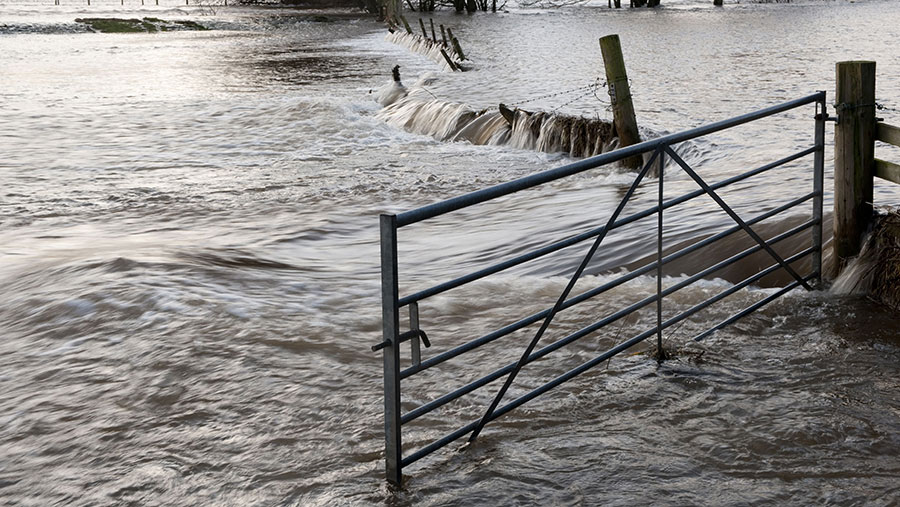 Farmers need to be more widely consulted and properly rewarded for any action they take when it comes to future flood prevention.

Those are two of the central demands of a new flooding manifesto from the NFU, presented to government this week.

In particular, the union is calling for better long-term planning, recognition of the importance of productive farmland and proper funding to protect rural businesses.

“Agriculture is often at the mercy of extreme and changeable weather and this winter has again thrown up a number of severe storms,” said NFU deputy president Minette Batters.

“Just weeks ago forecasters predicted a storm surge up and down the east coast. This demonstrates clearly why government and its agencies must have the necessary long-term plans in place, including the right financial resources.”

Ms Batters said farmers recognised they had a role to play in mitigating the risk of flooding to others in a water catchment. But if and when farmland was used to prevent flooding, this should be “planned, agreed and paid for”.

“One of our main asks of government and its agencies is to have a greater emphasis on making decisions at a catchment level, using the local knowledge of farmers and other stakeholders,” she said.

The NFU’s manifesto was launched in the same week as the government responded to a report from the Environment, Food and Rural Affairs (Efra) committee on flooding. In it, the government explained that “storing water on farmland is already and important part of our approach”.

But the Efra committee hit back, saying it was disappointed the government had not taken on board more of its recommendations, describing the response as “cursory”.

It said the government’s flood management was “disjointed” and called for the appointment of a new national floods commissioner.