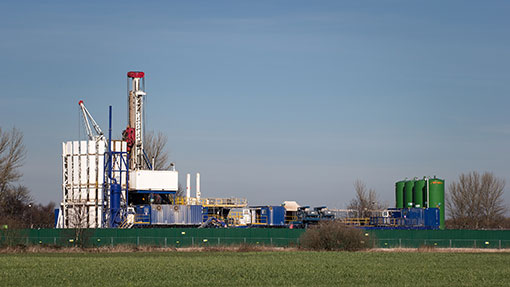 The Country Land and Business Association (CLA) has said landowners must be protected from liability if fracking causes any negative long-term effects on their land.

In a hard-hitting statement, the CLA also said the fracking industry must provide evidence to show why proposals to grant them access to private land without permission are necessary.

In response to a government consultation which proposes a change in trespass law to help frackers, CLA president Henry Robinson said the document explored what operators wanted, rather than the implications for landowners and others.

“The oil and gas industries have used the existing system for years with little problem,” he said. “The shale gas industry is yet to prove why it can’t do the same, and has only provided hypothetical scenarios so far.

“Despite all the time spent on the fracking debate the government has made no concrete proposals for compensation on which to consult. This is wholly unacceptable.”
Henry Robinson, Country Land and Business Association president

“Extensive fracking is new to the UK and carries an element of risk as with any oil or gas extraction. The impact over a long period of time is unknown.

“Landowners must not be held liable for something that was not of their doing if there are problems decades down the line. It is appalling the consultation does not address these fundamental issues.”

The CLA has also warned that fracking must not become a quick route to profit for private companies and said flimsy proposals surrounding compensation were unacceptable.

Mr Robinson said: “Despite all the time spent on the fracking debate the government has made no concrete proposals for compensation on which to consult. This is wholly unacceptable.

“Bizarrely the government has left it to the industry to make compensation proposals as part of its response to the consultation.”