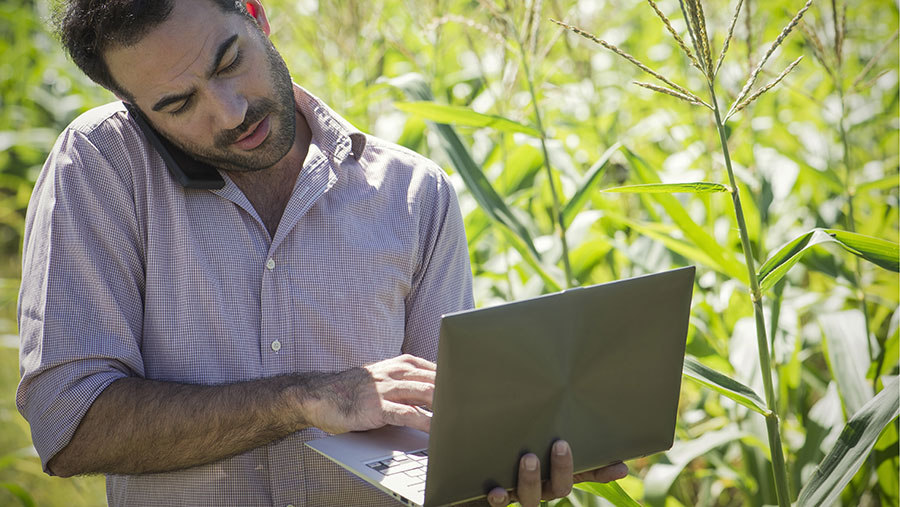 The government has unveiled £25m in a bid to help make the UK a “world leader in 5G technology” – amid renewed warnings the countryside is being left behind by poor digital connectivity.

So-called fifth generation technology dramatically increases the speed at which data can be transferred across mobile networks.

The government says it is determined to prepare all parts of the UK for 5G – even though many areas still lack access to 4G and even 3G speeds.

See also: 4G antenna could be solution for slow broadband

The potential of 5G to benefit rural communities – including smart farming with drones – will be explored by public-private partnerships, said the government.

Other projects will look at how 5G can benefit tourism, healthcare and manufacturing productivity.

Each testbed will receive £2m-£5m in UK government grants as part of a total investment of £41m from private sector and other public sector funding.

Two testbeds will be of particular interest to farmers:

Digital minister Margot James said 5G technology had the potential to transform business and society. She added: “These testbeds will show how our rural communities can harness the power of this revolution in connectivity, bringing benefits across agriculture, industry and wider society.”

Funding for the projects was confirmed came telecoms watchdog Ofcom announced a consultation into improving mobile coverage by seeking proposals for coverage obligations in the award of the 700MHz spectrum band – one of the bands that will deliver 5G.

The spectrum will be auctioned in the second half of 2019 – prompting a warning from the Country Land and Business Association (CLA) that the needs of farmers and rural communities must not be overlooked when the 700MHz band is sold off.

The 700mhz spectrum has major potential for increasing the reach of mobile coverage in rural areas but strict conditions in the licence agreements are crucial to ensuring it delivers.

“We want to see stringent conditions placed on mobile operators with tough penalties as part of tenders for the auction. We will be pressing Ofcom to ensure that any conditions put in place mean that rural businesses have the same access to 4G services which are enjoyed in towns and cities.”

Unlocking rural digital potential could boost the UK economy by up to £26bn annually, suggests a report.

Research by Rural England and Scotland’s Rural College shows greater use of digital tools and services could deliver as much as 8.8% of additional gross value added for the rural economy. Rural microbusinesses and smaller enterprises would see the greatest returns, it suggests.

East Anglia, the South East and the South West could benefit most from greater digital adoption, says the study. But broadband speeds are too slow in many areas and businesses often lack the necessary digital skills.

Rural England director Brian Wilson said rural businesses were already largely strong digital adopters. But he added: “Their ability to go digital has been held back by constraints which have included connectivity but also extend to a lack of skills, training and resources.”