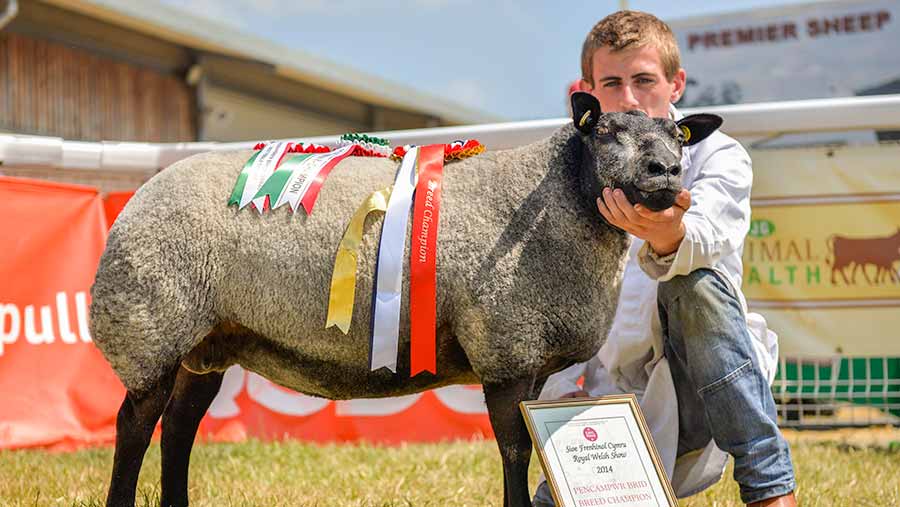 A young farmer who was left fighting for his life after being struck down by a devastating illness that causes severe muscle breakdown is calling for other farmers to get in touch if they have also been affected.

The 22-year-old is keen for other members of the farming community who has suffered from the condition to come forward to try to pinpoint its cause.

It is normally the result of a severe muscle injury or is seen in athletes who overwork themselves.

However, Mr Cooke experienced nothing like this ahead of his diagnosis, so the cause in his case is still a mystery.

The condition causes the muscles in the body to break down, releasing myoglobin into the bloodstream. This overloads the kidneys and can cause renal failure.

The day before he was rushed to hospital in an ambulance he been exhibiting sheep at Usk Show and had felt well, he said.

“I felt fine on the Saturday night and Sunday morning, but by lunchtime on Sunday my legs started to get stiff and I had pain like chronic cramp.

“The ambulance was called at 2pm, by which time I was completely solid and couldn’t move. I was taken straight to intensive care and the doctors told my mum and dad on Sunday night that I probably wasn’t going to make it. It was all so fast.”

Mr Cooke defied the odds, but not before he had spent two days in an induced coma and at one point doctors were considering the possibility of cutting open his legs to release swelling.

He was eventually allowed home after two weeks in intensive care.

He told Farmers Weekly that two months on he was still unable to do any manual work and was attending physiotherapy sessions twice a week to help rebuild his muscles.

Anyone from the farming community who has suffered from rhabdomyolysis is asked to contact the Cooke family on 01600 780 568.