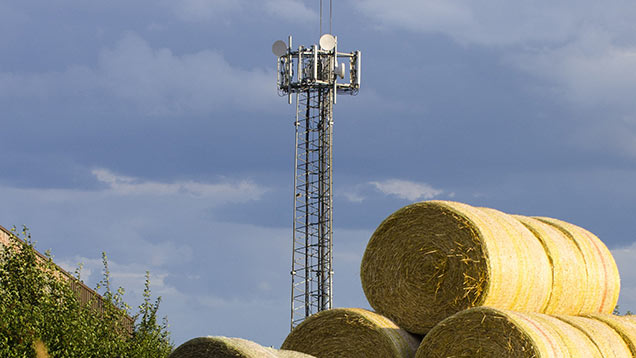 Farmers are taking to social media to vent their anger at the major mobile phone providers for what they claim is “diabolical” coverage in rural areas.

A group of growers, who are members of the online Twitter group #clubhectare, are bombarding the main phone companies with messages to highlight how poor signals are around their farms.

“Yesterday, I was on the sprayer and wanted to make a call to someone who was meeting me with a tractor and trailer. I could see the tractor across the field from my own cab, but it took me nine attempts to get through.”

Mr Dixon said he had spent hundreds of pounds on a signal booster on the end of his house, but he still frequently had problems.

He was often forced to switch his phone over to a GSM signal in order to make a call, as it stopped his handset from looking for a 3G signal which wasn’t available.

“It has a major impact on my business and rural businesses as a whole,” he said. “From a safety point of view, it is also a concern. What happens if you turn an ankle or have an accident? You go for your phone to get help and there’s no signal?”

Mr Dixon said his phone had been busy with tweets from farmers from across the country who shared his anger. The tweets are all being marked with the hashtag #clubnonetwork.

Stuart Roberts, who farms in Hertfordshire and Kent, said the signal was excellent on his home farm because he had a phone mast very close by, but coverage was non-existent on the farm down in Kent.

“I’m only 28 miles from Canary Wharf on the Kent farm, but I have zero phone reception unless I was to climb to the top of the nearest tree,” he said.

“We’ve put in a new system for heat detection, but because there is no remote access I have to physically go to the PC in the yard to analyse the data,” he said. “There is only one patch on the whole farm where you get a 10-minute window to make calls when combining.”

A spokesman from Vodaphone said the company was very aware that in certain areas of the UK it struggled to deliver the level of coverage customers expected, which could be very frustrating for them.

“This could be due to a number of reasons such as the geography of the area, problems finding the right sites and getting agreement from the landlord, or gaining planning permission from the local council. Quite frequently, plans to build a mast are subject to local objections, which can also slow down the process – but without a mast located in the community, mobile phones simply won’t work.”

A spokesperson from O2 claimed the business was making significant progress to bring improvements to rural areas. “We’re investing approximately £2m every day to offer the best and widest possible connectivity for our customers.”