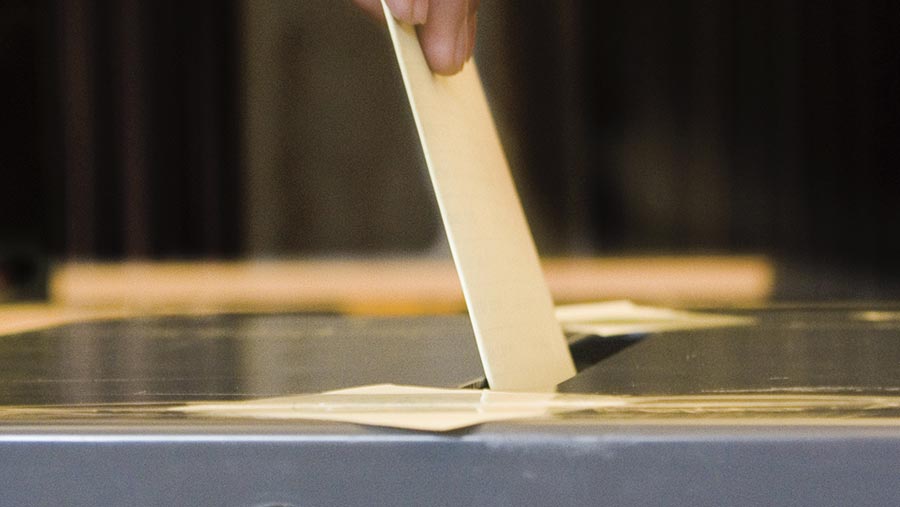 On 21 February, the NFU council will be electing a new team of officeholders, following the decision of current president, Meurig Raymond, to stand down.

There are three posts up for grabs – president, deputy president and vice-president – and seven hats in the ring.

Other contenders include Michael Oakes, Stuart Roberts and Charles Sercombe – all vying for the deputy and vice-president positions.

And then there are Richard Bower and James Small, who also fancy the vice-president’s role.

The poll is now closed.