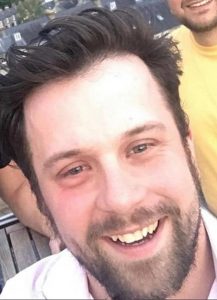 Fears are growing for the welfare of a Hertfordshire farmer who has been missing for 11 days.

Alex Wilcox has not been seen since 9.15am on Thursday 5 September when he was dropped off by his mother at Bishop’s Stortford railway station.

The 29-year-old caught a train to Ramsgate in Kent to attend a church meeting that evening with friends in Deal.

His mother, Pauline Nunez, received a WhatsApp message from Alex at about 11.30am on 5 September, saying: “I’m on the train.”

But that was the last known contact and Alex failed to turn up at the meeting that evening.

His mother has posted this appeal on Facebook on 15 September: “Someone must have seen Alex or knows where he is, it’s now been 10 days without contact.

“If Alex has asked you not to say anything please just let the police know, or Alex if you see this at least let us know you’re OK. We are all frantic.

“Such a lot of manpower has been put into finding him. We just need information ASAP. Thank you.”

Lisa Bowring, a family friend, has also published an appeal on her Facebook page urging people to come forward with information.

“Alex has a complicated and complex past,” she said. “There are addiction and also mental health issues.

“He is asthmatic and has no medication on him. This is a big concern for the family.

“Alex was on depression medication but stopped taking the meds a few days before he went missing.

“His parents are extremely concerned for his wellbeing as Alex has had mental health issues for a number of years, and suffered from depression.”

He also has several distinctive tattoos – one on that back of his neck that resembles an Egyptian inscription, one on each wrist of his two dogs, Molly and Bracken, as well as a tattoo of a pair of red lips on the top left-hand side of his chest.

He was carrying cash and an iPhone, but had no other access to money.

Anyone with information is urged to contact Cambridgeshire Police on 101, quoting the reference CC-10092019-0137.