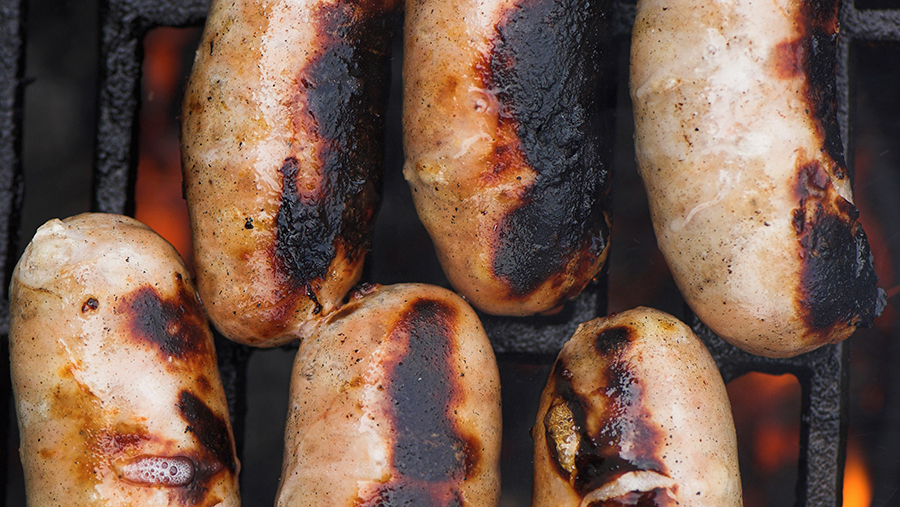 A farmer who rewarded firefighters with sausages made with pigs they rescued from a barn fire has shrugged off criticism from anti-meat campaigners.

Farmer Rachel Rivers gave the sausages to the firefighters six months after they rescued 18 piglets and two sows from the fire at Milton Lilbourne, Wiltshire.

“I wanted to thank them. I promised them at the time I’d bring down some sausages for them, which they were all pleased about,” Ms Rivers said.

“We farm and this is what we do. You can’t keep them as pets,” she added.

Dorset & Wiltshire Fire and Rescue Service had posted a photo on its Facebook page of the firefighters cooking sausages on a barbecue.

“Exactly 6 months and 1 day since FF’s Olsen and Richardson rescued 18 piglets from a farm in Milton we got to sample the fruits of our labour from that February night.

“Highly recommended by Pewsey Fire Station’s crew and if anyone is having a bank holiday weekend BBQ this weekend then check out these sausages, they are fantastic.”

A spokesman told the BBC: “Our thanks to the farmer for her generosity. We can tell no porkies, the sausages were fantastic.”

But the fire service removed the pictures after criticism began.

“In regard to a recent post on this page, we recognise that this has caused offence to some,” the fire service said.

“We apologise for this and as such have removed the post.”

But the apology did not prevent campaign groups from speaking out.

People for the Ethical Treatment of Animals (Peta) said the piglets were “no better off” for escaping the fire.

“We’ll be sending Dorset & Wiltshire Fire and Rescue Service packs of vegan sausages so that they can see how easy it is to truly be heroes for pigs – by sparing them all suffering,” said spokesman Mimi Bekhechi.

Criticism on Twitter was far more severe. Below are some examples of the reactions:

Pewsey Fire Station- You accepted and ate the same pigs you rescued? You’re barbaric savages. Why save them at all then? #pewsey #fire #pigs

I see humans but no humanity …Rachel Rivers & Pewsey Firestation should be ashamed of themselves- u saved the pigs only to kill them later pic.twitter.com/oNf4HFsnv0

But other people sprang to the defence of the firefighters and launched their own attack.

Pewsey Fire Station- You accepted and ate the same pigs you rescued? You’re barbaric savages. Why save them at all then? #pewsey #fire #pigs

@DWFireRescue Sorry to see that your Pewsey team felt the need to apologise for eating some fine looking sausages. Nothing to be sorry for!