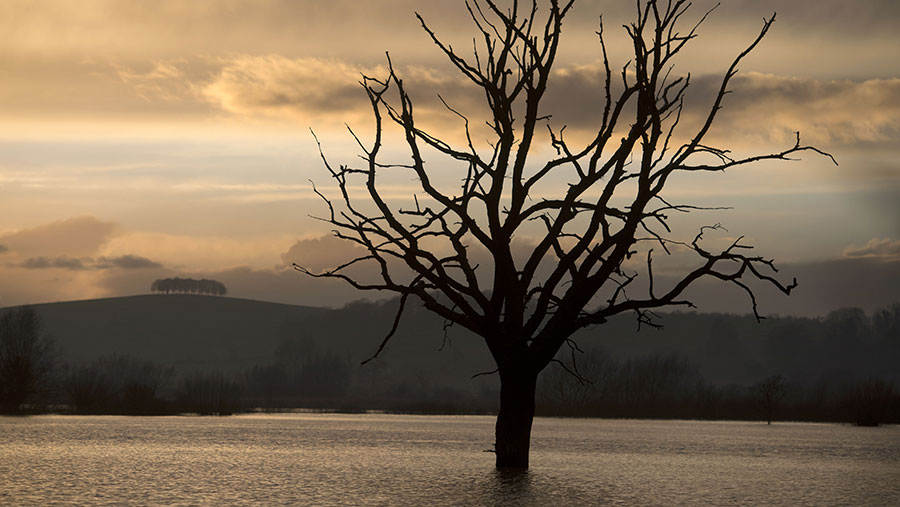 A Gloucestershire farmer has launched a £300,000 claim against the government after his land and livestock were repeatedly laid waste by floods from the River Severn.

Christopher King claims the area around Minsterworth Ham has been pinpointed by the Environment Agency (EA) as a “flood-storage area” to protect nearby Gloucester from flooding, leaving the village to take the brunt of the damage.

At a High Court hearing in London on Tuesday (28 November), his QC Hugh Mercer claimed the agency has adopted a deliberate policy to “utilise this land in order to minimise the risk of flooding to – in particular – the city of Gloucester”.

Consequently, the Minsterworth area is particularly vulnerable to flooding, although the QC claimed the problem had become far more acute in recent decades.

He told the court the agency’s unspoken “policy” towards Minsterworth was highlighted by its proactive work on other flood defences nearby.

That contrasted with “the agency’s refusal to undertake similar works to the flood defences surrounding the village itself”, Mr Mercer added.

In addition, he claimed agency officials repeatedly stonewalled Mr King and other farmers’ requests to carry out repair works personally on the Minsterworth Ham flood barrage.

Mr King was driven off his farm after flooding in winter 2014 and was forced to relocate 500 sheep to a smallholding in Cheltenham. He set up temporary home in a caravan, although his family remained on the farm.

He described the damage as “truly awful”, with water running across fields and into buildings, and in places rising “waist-high”.

Mr King and five other local farmers claim their land has been exploited as a “flood-storage” zone to protect urban areas upstream, and they deserve compensation to reflect this.

Repeated flooding caused damage to livestock, machinery, buildings, and even the fields themselves, also affecting the Minsterworth farmers’ insurance status.

The EA vigorously disputes the farmers’ case, denying any liability to compensate them for the “burden” of living in a flood zone.

Its lawyers claim the village lies in a natural floodplain, and inundations have occurred naturally over the years – not through any reshaping of the river bank.

It denies “designating Minsterworth Ham as a flood storage area or having a policy of using the land to reduce the risk of flooding to other properties”.