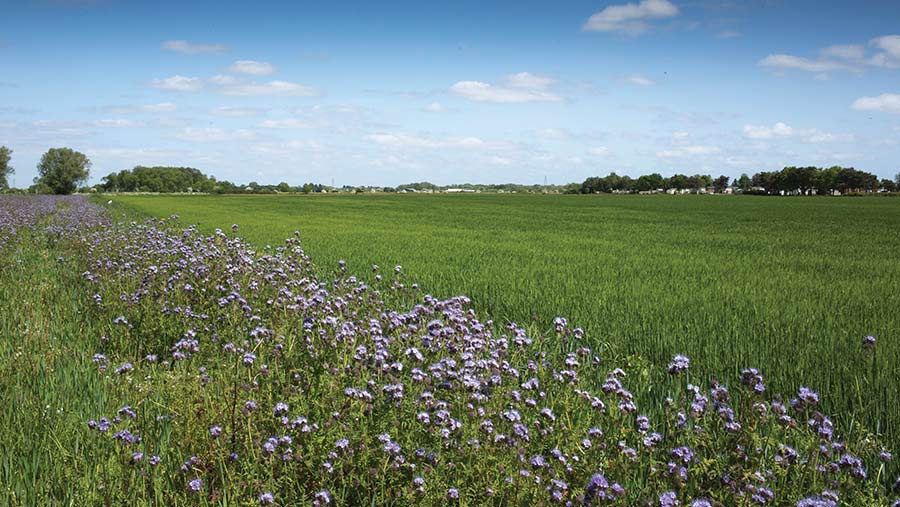 Following his lacklustre performance at the NFU conference in February, she proclaimed to be “disappointed” with the new Defra secretary and said she even felt “uncomfortable” pressing him on policy issues he seemed to be struggling with.

Well, he must have done something right since then, as she could hardly have been more effusive as she quizzed him at this week’s Virtual Conservative Party Conference.

“No one has done more” she said, in reference to the challenges of securing a supply of migrant labour for agriculture. And she went on to describe him as an “absolute champion” in the fight to maintain food standards, before thanking him profusely for “leading the charge” on bovine TB.

Maybe Mrs Batters believes in the adage “flattery will get you everywhere”. Certainly, the NFU has an agenda to push, not least when it comes to the future of agricultural support.

For, together with nine other organisations, it has prepared a new White Paper as a possible blueprint for a future farm support scheme.

The farm tier, available to all farmers, looks to “build a foundation for environmental and business resilience”, focusing on the environment and productivity.

The collaborative tier seeks to encourage farmers to work together to provide greater public benefits, such as farm woodland and new habitats. Tier 3 is designed for more complex, landscape-scale projects such as forest creation and peat restoration.

The SFFS could start as early as 2022 and, based on multi-year agreements, build up to deliver the government’s vision for environmental land management.

In many respects, the plan makes good sense. It seeks to get away from the “silo” mentality associated with old-style agri-environment schemes, and takes a more integrated approach, looking to build management capabilities in tandem with environmental delivery.

It would also do away with the need for a separate interim scheme during the transition from BPS, and could be built up into a full-blown Environmental Land Management (ELM) scheme over the next few years.

But, even though Mr Eustice acknowledged the good number of “cogent ideas” and pointed to “similarities in some areas”, he then went on to set out exactly what the government is planning for the seven-year transition towards ELMs.

This will include a new Sustainable Farming Initiative in 2022, together with a drive to increase participation in a simplified Countryside Stewardship scheme.

Further details are expected in November, when Mr Eustice will put more flesh on the bones of the new domestic policy. Only then will it become fully apparent to what extent he has taken on board the points made in the NFU’s paper.

The hope must be that the overlap is significant – especially in terms of integrating food production with environmental delivery. The points-based system also makes sense, with greater rewards for those who do more, based on “outcomes” rather than on “income forgone”.

But whatever the shape and form, at the end of the day it will come down to how easy the scheme is to access and how much farmers are paid – especially if this is going to be taken on at a time of increased competition from cheap food imports.

As the White Paper says: “Only profitable businesses can achieve true and meaningful environmental gains.”