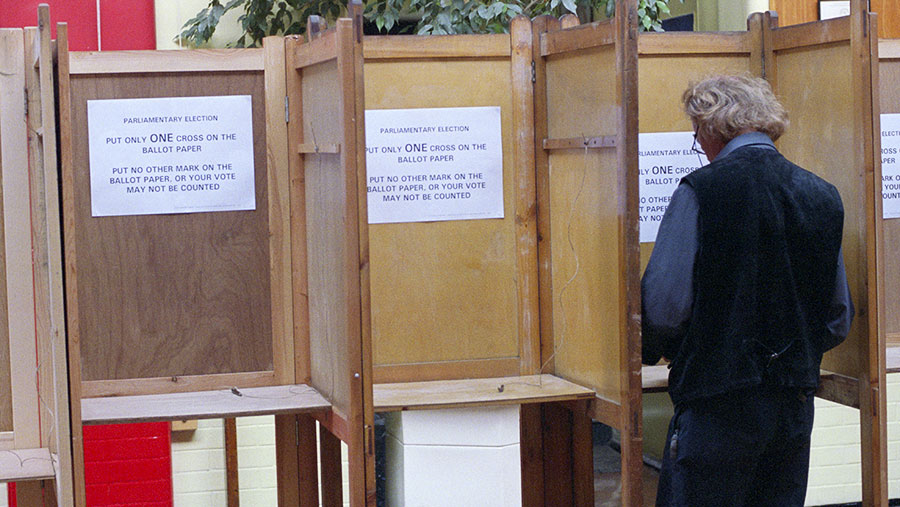 When it comes to next week’s general election, there will be no shortage of choice for Northern Irish beef producer Sam Chesney in his Strangford constituency.

In total there are seven candidates, including past Westminster MP Jim Shannon of the Democratic Unionist Party (DUP), along with candidates from the Ulster Unionist Party (UUP), the non-sectarian Alliance party and the pro-unification Social Democrat and Labour Party (SDLP).

There will also be representatives from the NI Conservatives, Sinn Fein and the Greens – though history suggests these parties will not attract much of the vote in this part of the province.

Despite the wide choice, Mr Chesney suggests many farmers will not be voting at all as “election fatigue” has set in. “We’ve had three elections in the past year in Northern Ireland – and farming has not featured highly on anyone’s agenda.”

Mr Chesney is also disappointed that, even though NI elects 18 MPs to Westminster, not all of them take up their seats. Sinn Fein in particular, which in 2015 won four 18 seats, is unwilling to play an active role.

But he is even more frustrated at the failure of politicians to make things work closer to home, with the Northern Ireland Assembly suspended since January.

“Our last minister, Michelle McIlveen, was actually very good. Farm leaders spent a lot of time and money getting to know her and explaining the way farming should go – and then she was gone.”

Without any representation in Belfast, the Westminster election assumes an even greater importance.

“Brexit is the most important political development since the end of the Second World War, and we haven’t got anyone fighting our corner,” says Mr Chesney. “In Scotland, with Nicola Sturgeon threatening another referendum, they have more leverage in trying to get a better deal for agriculture.”

The border issue is of paramount importance to farmers in Northern Ireland. “It is imperative that the border is as free and open as possible. All the political parties support this, and I’m sure we will get something.”

Other priority issues include bovine TB, which is costing over £30m a year and is on the rise, and food safety.

“We are worried about imports coming from other parts of the world, with lesser traceability and lesser animal welfare. Agriculture is so important to the Northern Ireland economy and we’re very worried it could be hung out to dry.

So how will Mr Chesney be voting?

“I don’t always vote the same way. I’m generally a unionist and voted for Michele McIlveen of the DUP in the last Assembly election.

“But I’ve voted for a more nationalist representative in the past because he was a very good local man who did a lot for the community. I tend to vote on the individual’s record, not the political party.”

Voting intentions: Probably one of the pro-union parties