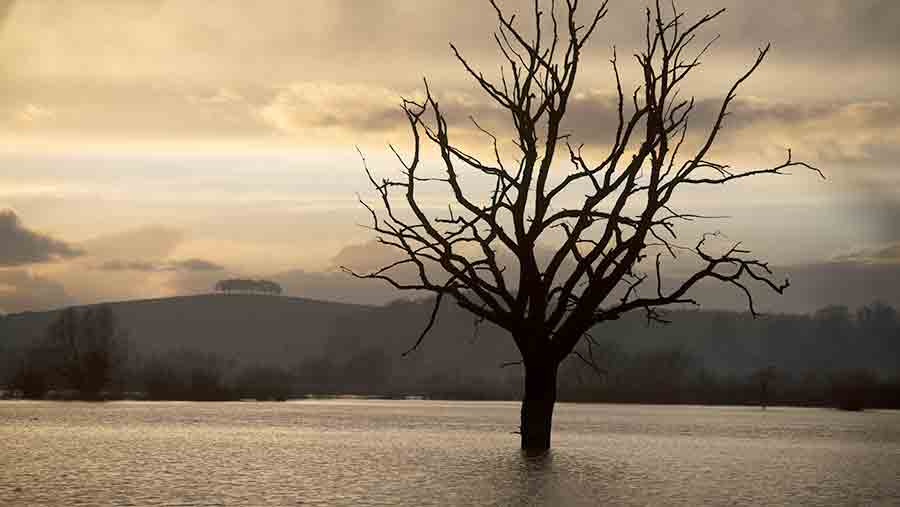 A group of Gloucestershire farmers have been told by a High Court judge they are not entitled to compensation after their farms were flooded by the River Severn in 2007 and 2014.

The case has been spearheaded by brothers Christopher and Steve King, who farm in Minsterworth Ham, to the west of Gloucester.

They claimed the Environment Agency (EA) had deliberately let their farms flood in order to protect the city to the east.

The brothers said they had suffered a huge financial and emotional toll when the River Severn burst its banks in 2007 and again in 2014.

Christopher King described working through the night during the 2007 flood, wading through high water to save his parents from their home.

Grass rotted in the field and, when the Severn flooded again seven years later, he lost up to £100,000.

The farmers accused the agency of interfering with their property rights and discrimination, in paying compensation to others in a similar position, but not to them.

As such, they were claiming £300,000 compensation from government in what has been seen as a test case.

In a High Court hearing last November, their barrister, Hugh Mercer QC, suggested the EA’s refusal to improve flood defences on the stretch of the river, while working to raise other flood banks nearby, was indicative of the agency’s “unspoken policy” towards Minsterworth Ham.

And in a ruling this week, senior judge Sir Ross Cranston agreed that it was “more likely than not” that the EA had a policy to use fields at Minsterworth Ham to reduce the flooding risk in Gloucester.

But he also noted that Minsterworth Ham is on a flood plain and deluges have been recorded there since the 13th century.

Furthermore, experts had not yet come up with data to support claims that flooding in the area had worsened in recent decades.

As such, the EA had struck “a fair balance” and had not violated the human rights of farmers in the village, said Sir Ross.

“The agency has been even-handed as between its approach to works on the Minsterworth Ham embankment and on other embankments in the vicinity,” the judge ruled.

“As a matter of legal analysis, I cannot find a basis for a claim against the Environment Agency… I dismiss the claim.”