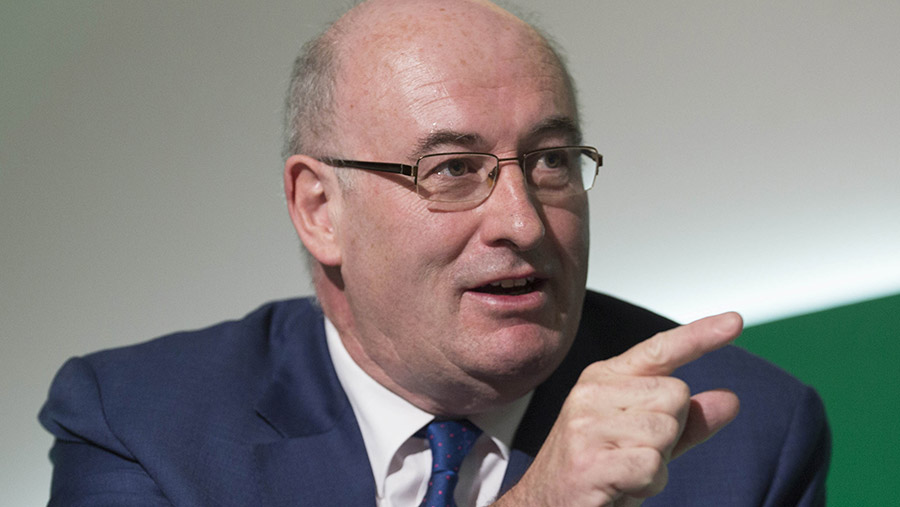 EU agriculture commissioner Phil Hogan is predicting a “bloodbath” over the terms of any future UK-US free-trade agreement after Brexit.

Addressing an event organised by the Irish Farmers Association (IFA) in County Kildare, Mr Hogan said the UK had made it clear it intends to pursue its own international trade agenda once it leaves the European Union.

However, he said “fault lines” were already emerging with respect to any UK-US trade agreement.

“International trade secretary Liam Fox is pushing for agriculture to be included in such discussions, claiming that Americans have been eating hormone beef and chlorine chicken perfectly safely for years, so what’s all the fuss about?” he said.

“I predict an interesting debate on this. Would British farmers and consumers accept hormone beef and chlorine chicken on their supermarket shelves? I seriously doubt it. There may yet be a bloodbath over these issues.”

Mr Hogan said he was “encouraged” by British prime minister Theresa May’s desire to secure a “bold and ambitious free-trade agreement with the EU”.

However, the UK’s desire to also strike trade deals with non-EU countries meant Mrs May was unwilling to keep the UK within the EU customs union, as this would mean it would have to apply the same external tariffs on imports.

“It is my hope that, over the coming months, the British government will recognise that the best way to maintain the freest possible trade in goods such as agri-food is to remain in the customs union, and that sense will prevail,” said Mr Hogan.

Failure to do so would allow the UK to open the doors to cheaper food imports from around the world – something that would be extremely damaging for the Irish agri-food sector.

“The value of our exports cannot be undermined by an increase in low-cost food imports into the UK market,” he said.

“Any free-trade agreement must include the maintenance of European standards and the UK’s acceptance of the European common external tariff to protect the UK market against low-cost imports from outside the EU.”