The RSPCA has launched an investigation after some 1,800 day-old chicks were abandoned in a field in Cambridgeshire. 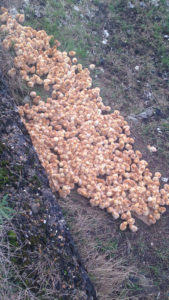 Almost 2,000 chicks were found dumped in a Cambridgeshire field © RSPCA

The animal welfare charity was called on Friday (17 February) by members of the public who spotted about 1,000 chicks running around Crowland, near Peterborough.

RSPCA inspector Justin Stubbs said: “I have never seen anything like it, it was just a sea of yellow. And the noise was unbelievable.

See also: Free-range poultry to be allowed back outdoors

“The chicks are only about a day old and are really tiny and quite delicate.

“Some of the birds were dead or dying when we arrived so some, sadly, had to be humanely put to sleep.

“Thankfully, most of the chicks did not appear to be suffering.”

It is believed the chicks came from a commercial chick producer nearby and may have been abandoned by a third-party.

The producer is fully co-operating and assisting the RSPCA with their investigations. 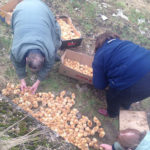 The RSPCA and members of the public collected the chicks © RSPCA

“The breeder came to the scene to collect the surviving birds and take them back to their unit,” said Mr Stubbs.

“These tiny birds wouldn’t have survived long out on their own at such a young age and in such unpredictable weather conditions.

“For someone to dump these vulnerable chicks is unbelievable.

“But I’d like to thank all the members of the public who teamed together to help us round up all the birds and confine them in boxes where they could huddle together for warmth.”

Anyone with any information about who is responsible for dumping the birds is asked to contact the RSPCA’s inspector appeal line on 0300 123 8018.