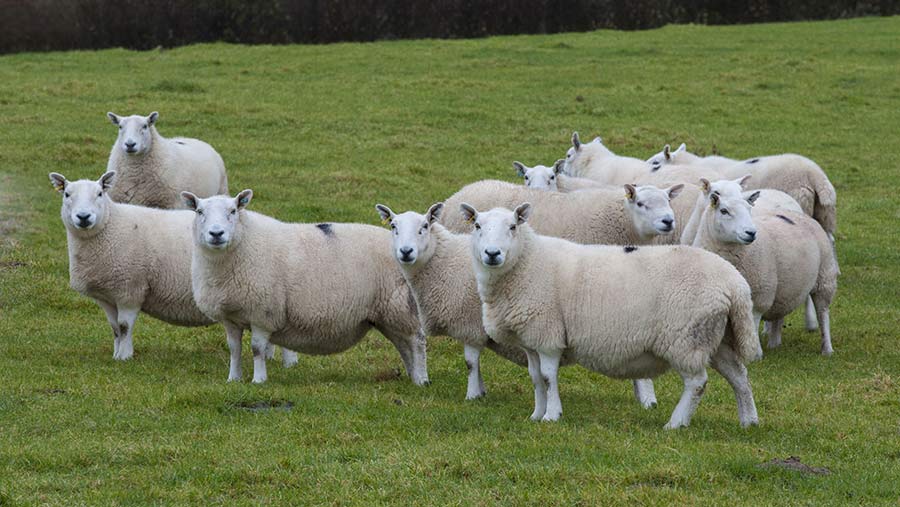 Police are appealing for information to help catch those responsible for a large-scale sheep theft.

Initially, officers suspected that more around 500 sheep had been stolen from a field in Sandy Lane, off the A47 at East Tuddenham, in Norfolk.

However, following inquiries most of the stolen Cheviot mule ewes have now been accounted for.

Norfolk Police said the theft happened at around 9pm on Tuesday (15 January).

Good news as most of the initial sheep believed stolen have been accounted for. ? Police continue to investigate after theft of around 100 sheep from Norfolk field – https://t.co/9nlcL3gTzP pic.twitter.com/YdYEyPiU2A

Shocked farmer Jack Peacock, 29, told his local newspaper that the lambing ewes had been checked by a farmworker on Monday, the night before the theft.

A neighbour told Mr Peacock he saw the sheep being loaded on to a lorry at around 9pm on Tuesday – but he thought it was part of the normal farming operation.

Mr Peacock told the Dereham Times: “We’re seven or eight weeks off lambing now and they’re all fairly well in lamb. They can lose the lambs if they get stressed.

“If they’ve got a two-deck, 30ft lorry they could probably load 130 to 140 sheep on to it in seven or eight minutes. They obviously knew what they were doing.”

Norfolk Police said in a statement: “Police are still keen to speak to any witnesses who may have seen any suspicious activity in the area on Tuesday evening including people or vehicles, or from anyone who may have any dashcam footage of the area around the time of the incident.”

Enquiries are ongoing and anyone with any information should contact Norfolk Police on 101, quoting Op Solve and crime number 36/3983/19. Alternatively contact Crimestoppers anonymously on 0800 555 111.