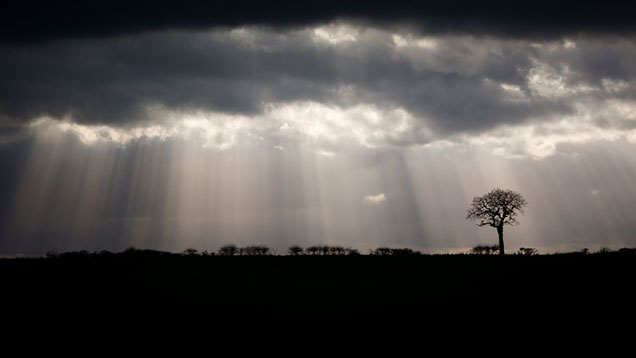 Hurricane force winds have battered farms and crofts across Scotland, blowing off entire steading rooves and leaving a trail of smashed buildings, uprooted trees and businesses without power.

NFU Mutual insurance agents in the north, east and west of the country reported numerous calls from clients who had suffered storm damage.

They said farmers were now battening down hatches and making livestock as safe as possible before the next severe storm blows through over the weekend.

See also: Mud on the road – a farmer’s responsibility explained

NFU Mutual spokesman Tim Price said most insurance claims so far had been reported on the islands of Lewis and Skye.

“There are still power outages across much of the country and problems in communication so we are keeping our local offices open over the weekend to deal with calls when people are able to get back in touch,” he added.

“We’re also asking everyone to be alert to flood warnings because there will be a serious risk of flooding once all the rain gets into rivers.”

In Aberdeenshire, the roof of a full cattle court was blown off, scattering debris on the livestock inside.

“There are numerous trees down and slates and tiles have been stripped from buildings as cleanly as though it was done by builders.” Jake Sayles, NFU Mutual

Continuing extreme weather has made it unsafe for the farmer to approach to check for injuries. In the Inverurie area shed roofs were blown off and a stack of bales collapsed on top of a tractor.

On the island of Skye winds peaked at 115mph and local NFU Mutual agent Jake Sayles said one farmer had an entire lead roof peeled back by the gale.

“There are numerous trees down and slates and tiles have been stripped from buildings as cleanly as though it was done by builders,” he said.

“We’ve had reports of croft buildings being smashed and calls are still coming in. We get these winds once every 10-15 years.”

Mr Sayles added that most island livestock would be outside unless they were due to calve, and it was likely that sheep would have been blown off cliffs in the gales.

“Another weather warning has gone out today for severe weather over the weekend so farmers are getting everything tied down and trying to minimise any losses when the weather hits.”

Further north in Orkney, William Harcus of Qanterness Farm said the 92mph winds recorded had damaged roofs but he and his neighbours had “survived the worse”.

“We’ve got everything bolted down as best we can and we’re prepared for bad weather up here. We’ve withstood winds of 125mph in the past and that’s when you see real damage.”

The outlook for Scotland over the next week shows another storm passing the north on Monday followed by a deep Atlantic low on Wednesday and Thursday (14 and 15 January), bringing blizzards to the Highlands and more storm force winds in the West.