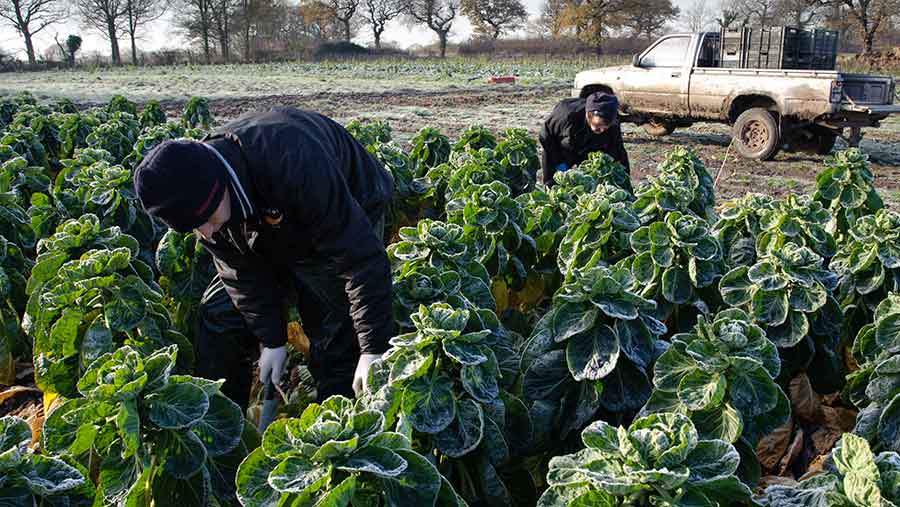 British farmers will face a serious labour shortage unless seasonal workers are encouraged to come to the UK post-Brexit, job recruitment agencies have warned

Agriculture and other sectors of the economy rely heavily on overseas workers – and will continue to do so, said the Recruitment & Employment Confederation.

British workers are largely unwilling and unable to fill the low-skill roles currently undertaken by overseas nationals, it warned in a report.

Changing recruitment strategies and using machines will not compensate for any post-Brexit labour shortfall, said the study, published on Thursday (28 September).

The government should introduce a seasonal workers scheme to ensure adequate labour availability after the UK leaves the European Union, it recommended.

The government should also ensure a future immigration system is not built on the assumption of EU workers taking full-time, permanent roles in the UK, it added.

It said: “Temporary workers and seasonal workers must be included in any new immigration system to ensure temporary and seasonal labour is still available to the UK businesses that rely on it.”

Although EU nationals make up 7% of the total UK labour market, they account for 15% of workers in low-skilled roles or elementary occupations.

Agriculture, horticulture and food production are just some of the areas that employ a high proportion of EU nationals in low-skilled roles, said the report.

Other sectors include warehousing and hospitality.

A seasonal workers scheme would “enable businesses to meet seasonal demands in agriculture and also in other businesses with seasonal peak periods”, the report said.

“It would also allow the government to monitor immigration and have the necessary evidence to recognise the impact of seasonal workers in the UK economy.”

The report cautions against suggestions that British workers or robots could do the jobs of low-skilled overseas nationals when the UK leaves the EU.

Some British jobseekers would be overqualified to perform low-skill roles, while others are unable or unwilling to do physically demanding work, it said. Employers have also warned against over-estimating the extent to which farm robots or automation is a solution to reduced access to EU labour.

Andrew Herd, general manager of Lincolnshire-based JZ Flowers, said there isn’t a machine clever enough or fast enough at the moment to operate and harvest his crops.

He said: “It’s a long way off because the product changes too much and there are too many different variations of one product.

“It will take a very skilled system within a robot to pick what a person could pick within seconds.”