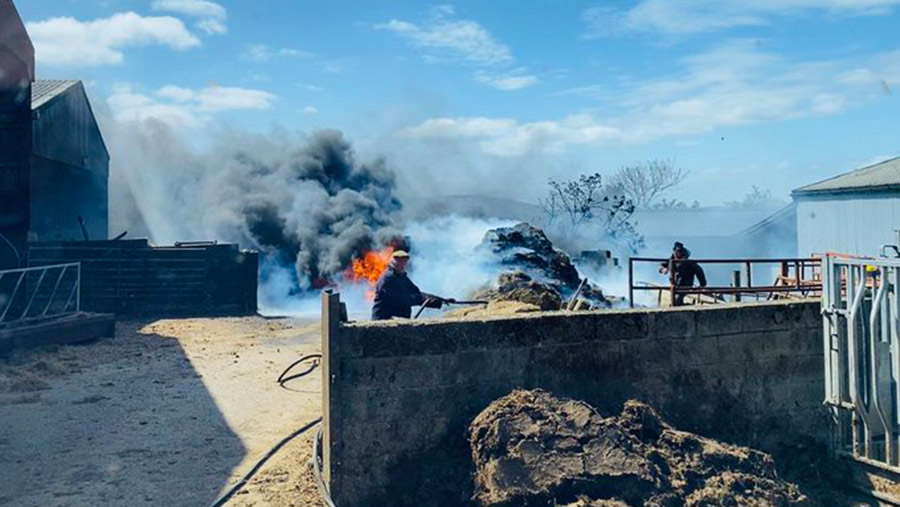 Dramatic pictures have captured the moment firefighters in Cumbria tackled a large hay blaze which threatened to engulf a barn housing 40 ewes.

The fire broke out on the farm in Mockerkin on Sunday afternoon (10 May), but firefighters from Cockermouth and Frizington fire stations managed to extinguish it quickly. 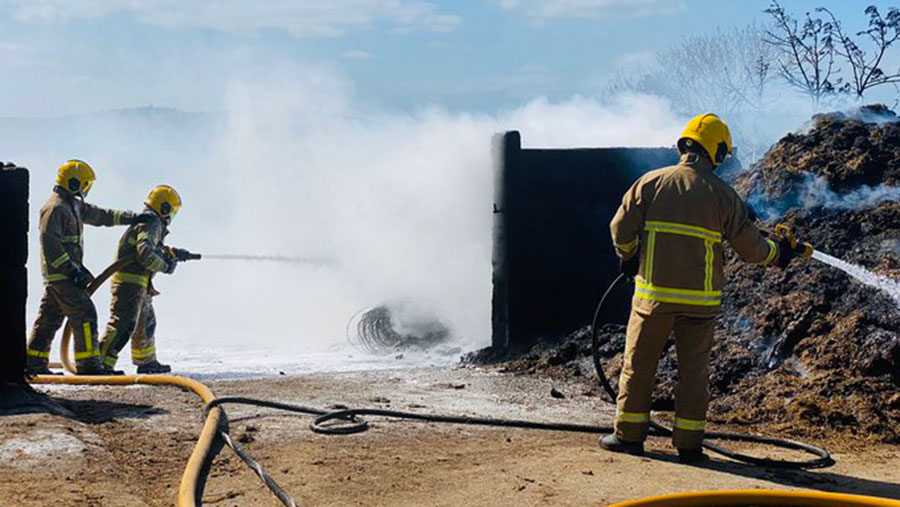 The fire started between two farm buildings and spread to nearby tyres which put the ewes in danger, but the team used hose reel jets and compressed air foam to extinguish it.

Cockermouth Fire Station tweeted: “[Cockermouth and Frizington crews] were mobilised to Mockerkin to extinguish a large hay blaze in between farm buildings which had spread to nearby tyres threatening 40 ewes in the barn nearby. The blaze was quickly extinguished using hose reels jets and CAFs” 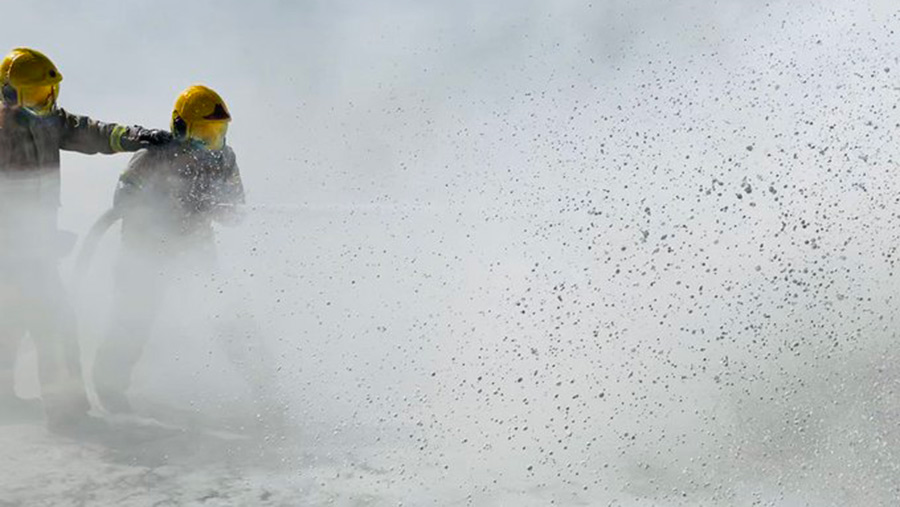