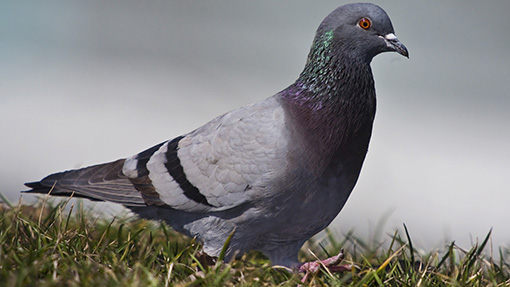 A government consultation that could see farmers being asked to “shoo before they shoot” birds that damage crops is due to end today (Monday 19 May).

Natural England is proposing to amend gun laws which would require farmers to ensure that all other methods have been considered before they shoot crows and pigeons to prevent them inflicting “serious agricultural damage or disease”.

Farmers and landowners have ridiculed the consultation, which ends at 5pm on Monday, on proposed changes to the General and Class Licences, which are issued under wildlife legislation.

Among 40 proposals in the consultation is a suggestion to changing existing gun laws, which would require farmers to shoo away certain crop pest species and only shoot them as a last resort.

The list of crop pests falling into this category include: pigeons, jackdaws, jays, crows, rooks among others.

A spokesman for Natural England said: “The consultation suggests that farmers would have to ‘consider reasonable and alternative, appropriate steps’ before they shoot crows or pigeons.

“The expectation is that they would have to shoo a pigeon before they shoot it. But we would not expect people to try non-lethal methods if experience or best practice suggests that these methods will be ineffective.

“We would also like to point out that this is a consultation about proposed changes to the licence rather than something that has been decided. We are asking, ‘what are your views’.”

The Game and Wildlife Conservancy Trust (GWCT) has warned that losing the management tools to control predators of farmland bird species could lead to the loss of ground nesting birds already under threat, such as lapwing and wild pheasants.

In its response to the consultation, the GWCT’s Dr Alistair Leake said: “The State of Nature Report 2013 describes nature as ‘being in crisis’.

“It is therefore disappointing that this consultation, rather than imaginatively seeking ways to alleviate the crisis appears to make the tasks of those most closely associated with wildlife management more onerous.

“The contribution that good game management makes to conservation of many species is well documented, and NE should be finding ways to encourage people to carry out measures that help species recovery.”

Farmers and shooting organisations have until 5pm on Monday (19 May) to respond to the consultation, preferably submitted electronically to wildlife.consultation@naturalengland.org.uk.