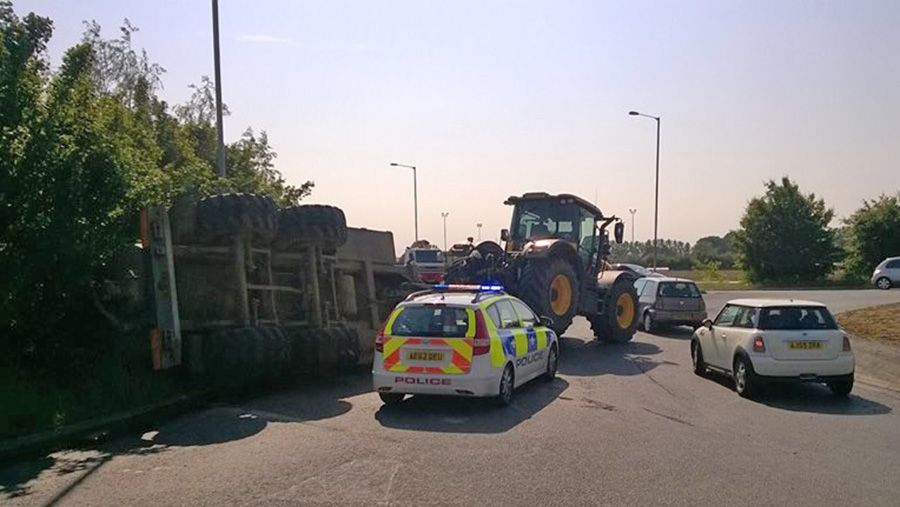 A tractor driver escaped injury after his water carrier skidded out of control and overturned on a roundabout.

The accident happened at about 4pm on Wednesday (8 June) on the A10 roundabout near Ely, Cambridgeshire.

Cambridgeshire police said special equipment was used to “correct” the bowser and lift it from its side and put it back on all four wheels.

The road was closed during rush hour to allow the recovery of the vehicle and motorists were advised to avoid the area.

The driver of the yellow JCB tractor was not injured.

A police spokesman said: “We were called at about 4pm on 8 June to reports of a road traffic collision involving a tractor and a trailer.

“The water bowser had tipped over and was on the roundabout.”