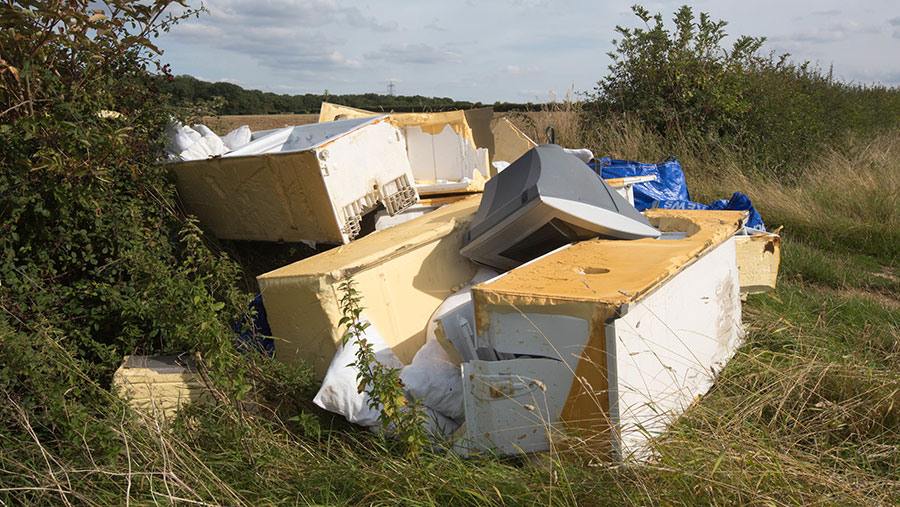 Landowners who are victims of fly-tipping should be allowed to dispose of the waste free of charge, say MPs.

Under current UK law, the cost of removing fly-tipped waste on private land must be met by the victims.

“There is a burden on individual landowners and a requirement for them to clear up the land, and they get absolutely no contribution towards doing that.”

Despite the introduction of tougher penalties in recent times, Ms Abbott said just 0.1% of fly-tippers are prosecuted – and the average penalty is a £400 fine.

The law is slanted in favour of fly-tippers and the victims, private landowners, are carrying the burden. “Based on everything I have seen, the polluter does not pay.”

She highlighted the shocking story of one of her constituents, who manages a large estate and is a regular victim of fly-tipping.

“Once, while sorting through the rubbish, he found a receipt from a fast-food drive-through that included a date and a stamp,” said Ms Abbott.

“He and the local police managed to find the vehicle registration number, but when they went to the Driver and Vehicle Licensing Agency they were told it could not release the name because of data protection.

“There has to be a way of using the evidence that we can get, because we cannot rely solely on catching the villains in the act, which is extraordinarily difficult, particularly in rural areas.”

Neil Parish, Conservative MP for Tiverton and Honiton, said the fines for fly-tipping should be “very heavy” to deter dumpings.

“We really need to catch them and make the penalty a deterrent, because at the moment it is not,” he added.

A number of possible measures to tackle fly-tipping were suggested during the debate. These included:

Responding to the suggestions, Defra environment minister Therese Coffey said Defra is working with the Country, Land and Business Association, the NFU and other agencies to promote partnership-working to tackle fly-tipping.

Penalty notices for householders who dump waste illegally are also under consideration, the minister said.

She added: “The increase in [fly-tipping] incidents to more than 1m/year is a clear indication we need to do more, and we will, so that our beautiful countryside can be enjoyed for future generations.”