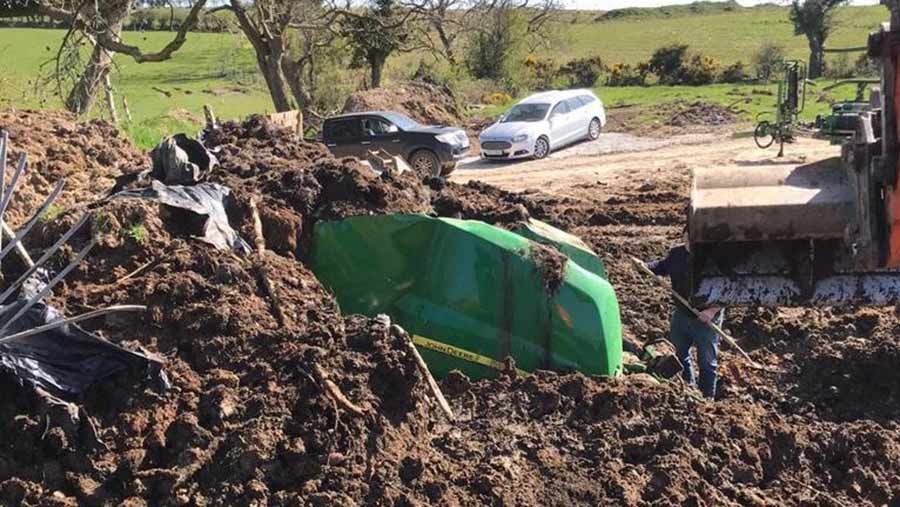 Three men have been released on bail after police in Northern Ireland recovered stolen farm machinery that had been buried on land near Belfast.

Detectives recovered the machinery, which is believed to have been stolen from the Carryduff area on 13 April, and arrested the trio on suspicion of handling stolen goods.

A John Deere baler and a bale wrapper were recovered from the land on Ballynagarrick Road.

Another piece of farming machinery was recovered from a field on Mill Road, also in Carryduff.

The three men aged 18, 21 and 23 have been bailed pending further inquiries. The 21-year old was also arrested on suspicion of fraud by false representation and possession of articles for use in fraud.

Detective sergeant Steve Bell said: “We understand the impact that crime against the farming community has on farmers, their families, farm workers, businesses and the wider rural community.

“It is for that reason that we take it seriously. We would like to hear from anyone who can help with our enquiries.

“We are appealing to anyone who witnessed anything suspicious in these areas to contact police on 101.”

Information can also be provided anonymously to Crimestoppers on 0800 555 111.