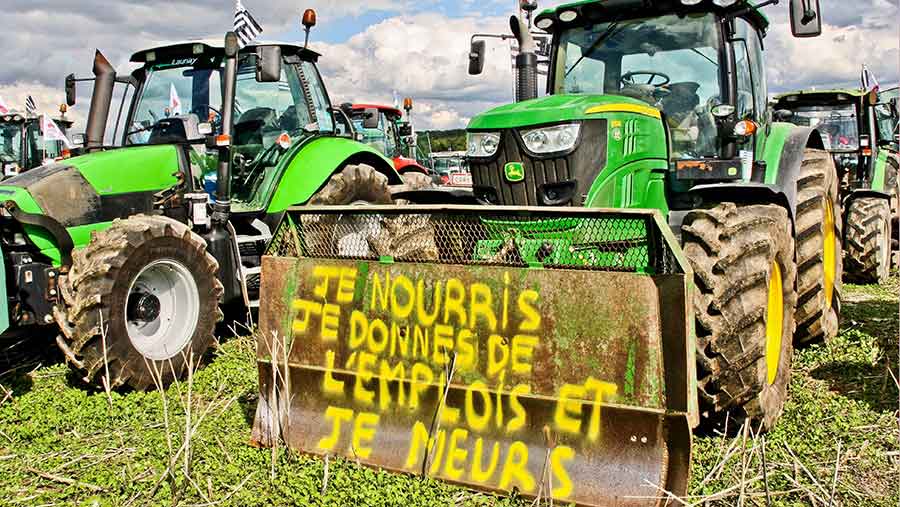 Members of the European Union’s agriculture committee held a minute’s silence to pay their respects to farmers who have committed suicide during the present crisis in farming.

MEPs fell silent during a committee meeting in Brussels on Monday (7 March) in memory of those farmers who have taken their own lives due to the dire situation arising from the ongoing crisis in agriculture markets.

Jose Bove, a Green MEP from France who suggested the minute’s silence, said some 600 French farmers had taken their own lives out of despair.

The MEPs urged EU commissioner Phil Hogan to ensure the European Commission acts now to help farmers cope with falling prices for their produce using all available tools and said it should not shy away from proposing new ones even if it entails legislative changes.

Irish MEP Mairead McGuinness said: “There is something very rotten in our society today if those who produce food are so desperate that they are committing suicide.

“We do have to ask ourselves what state we are in that we have to eat food three times a day and those who produce it are so desperate.”

Ms McGuinness noted that it is not only dairy and pigmeat sectors that are facing the crisis, but grain farmers and fruit and vegetable growers are struggling, too.

Commissioner Hogan has previously refused to admit that there is a crisis engulfing sectors of the farming industry, in particular dairy.

But MEPs were grateful that he acknowledged the problems affecting the industry at the meeting.

‘A deep and profound crisis’

Mr Hogan told MEPs the EU farming sector was experiencing a “deep and profound crisis which in the short term shows little sign of improvement”.

German MEP Martin Häusling added that farmers were facing not just a crisis but “the biggest crisis we had in a recent decade”.

MEPs then exchanged ideas about measures the European Commission could introduce to help farmers.

Ms McGuinness urged the EU to introduce a binding legislation to tackle unfair trading practices and she insisted that Mr Hogan should put more “pressure” on his “fellow commissioners to do more on the food supply chain.

Ms Senra Rodriguez asked the commission to explore other solutions such as regulating the production and regulating markets.

“If we carry on along the same path… we are deceiving the sector,” she said.

Dutch MEP Jan Huitema described calls from some member states to subsidise the reduction of production and raise intervention prices as a “huge step back in time”, instead advocating a “market-oriented approach”.

“The only structural solution is that we have to make our agricultural sector more competitive on the world market,” he said.

“Farming is important” but “many farmers…feel that the common agricultural policy no longer sells produce at the right prices,” said French MEP Philippe Loiseau, criticising the Transatlantic Trade and Investment Partnership (TTIP) negotiations.

“It is geared towards exports but it kills jobs in Europe. The objectives of your policies go for productivity and yield, but it does not go to the interest of farmers.”

Analysts have blamed the EU farming crisis on oversupply in dairy and some meat products, a crash in Chinese imports and Russia’s continued ban on imports of western foods.