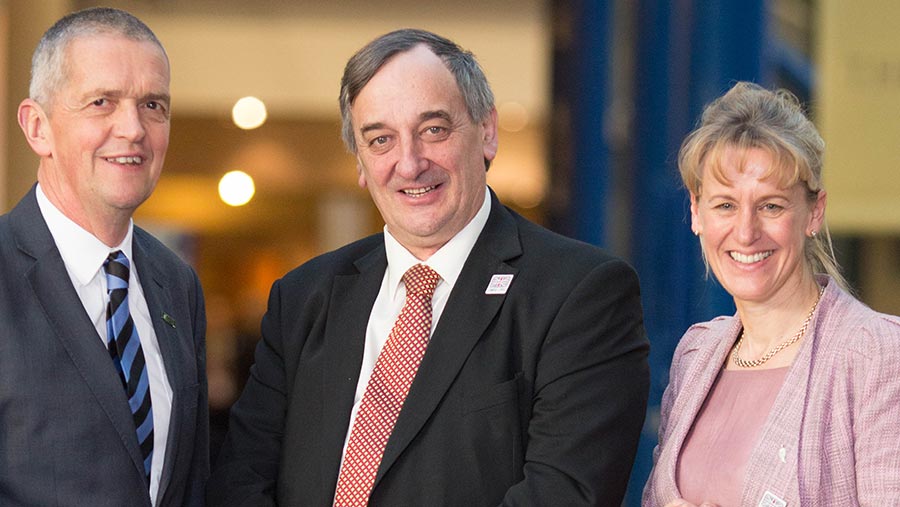 No change for the NFU presidential line-up ©Tim Scrivener

Meurig Raymond has been elected for a second term in office as NFU president on Wednesday.

His re-election means Mr Raymond will lead the NFU in the run-up to the in-out referendum on 23 June.

It also means he will lead the NFU in any talks with government ministers to devise new policies for agriculture as the UK prepares to leave the EU following an “out” vote.

Mr Raymond said he welcomed comments by Defra minister George Eustice that there would be government support to back British farming.

But he questioned whether that parliamentary support would convince the Treasury to back British farming too.

“During the last two CAP reforms, the UK Treasury have argued passionately to reduce the CAP spend and [asked] why we should have Pillar 1 support.

“So the experience over the past 15 years to me questions whether we would get that level of support from the Treasury.