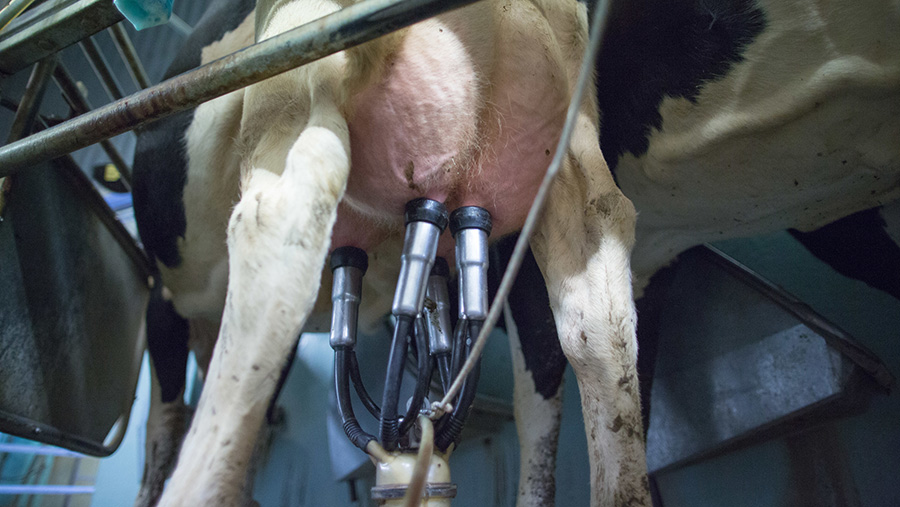 Mr Eustice made the comment during an NFU fringe meeting at the Conservative Party conference in Birmingham on Monday (3 October).

Producers and processors should consider alternative farm business models that viewed milk as more of a value chain, rather than a supply chain, he said.

In other sectors, pig processor Tulip successfully operated a franchise farming system for some of its pig producers, he added. McCain operated a similar system in the potato sector.

There are some interesting models out there that share risk more fairly – so farmers don’t end up being the tail-end Charlie who bears the brunt of taking all the risk in a downturn George Eustice, Defra

“There are some interesting models out there that share risk more fairly – so farmers don’t end up being the tail-end Charlie who bears the brunt of taking all the risk in a downturn.

“We have to start thinking creatively about how we deal with that.”

Mr Eustice said good progress had been made in the dairy sector with producer organisations and a lot of money had been used to support that approach.

Dairy producer organisations aim to strengthen the position of farmers in the supply chain by giving them more bargaining power.

They can negotiate on sales of larger volumes of raw milk than competition rules would normally allow – although limits still apply.

Mr Eustice said: “The Dairy Crest producer organisation has been a great success and we would like to see more of those and support them.”

What is franchise farming?

Initial investment in farm buildings and other equipment may be financed with a loan from the processor to the producer, which is then repaid over a number of years.

Depending on the agreement, other input costs can also be agreed and shared between the two parties.

Both sides have a clearer idea of their margins and production levels, with the processor agreeing to buy farm output at an agreed, transparent price – provided it meets the required standards.