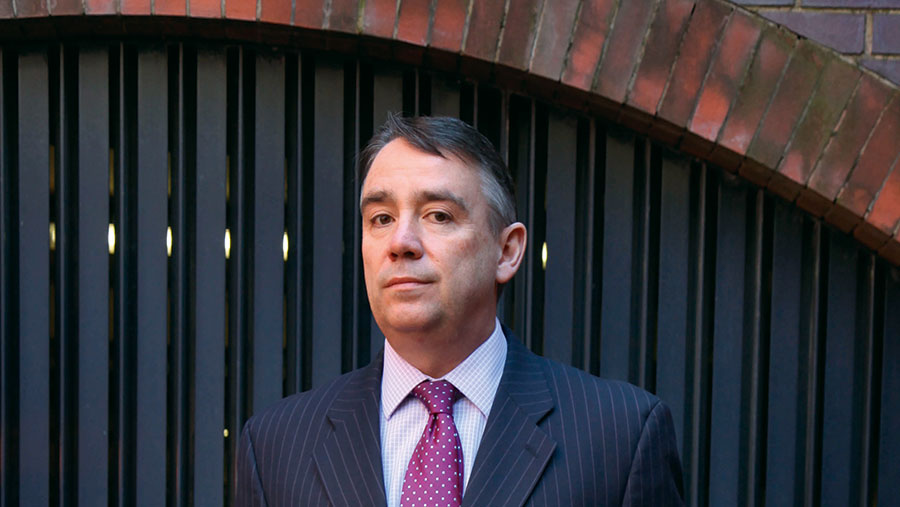 A parliamentary watchdog says it will hold the Rural Payment Agency’s “feet to the fire” to ensure farmers receive their Basic Payments on time.

The Environment Food and Rural Affairs (Efra) committee has written to Mark Grimshaw (pictured), the chief executive of the RPA, to remind him of commitments he made to the committee that 90% of claims would be paid by the end of December.

Efra committee chair Neil Parish, the Conservative MP for Tiverton and Honiton, said: “Given the reliance of so many farmers and the wider rural community on the timely delivery of these payments it is vital that the RPA’s words are matched by its actions.

“Mr Grimshaw expressed confidence in evidence to us earlier this month that the agency will meet its target of paying 90% of BPS claims by 31 December 2016. We will be holding the RPA to this commitment.

“In particular, the RPA’s performance in paying 2015 claims for those who farm common land was lamentable and left many farmers in the lurch for many months.

“We expect much improved performance this year on paying these complex cases. We’re holding the RPA’s feet to the fire to ensure farmers get their payments on time.”

Mr Grimshaw has promised MPs that there will be no repeat of the payments fiasco last year, which left tens of thousands of farmers still waiting for payments in the spring, in one of the toughest farming years in living memory.

In the letter, which was sent to the RPA on Wednesday (30 November), on the eve of the BPS payment window opening, Mr Parish said he hoped Mr Grimshaw’s confidence was “well placed”.

He writes: “We note the RPA’s expectation that it will deliver a much improved performance from that of last year. This will be welcome news to farmers, especially those disadvantaged by the RPA’s previous failings.”

Defra ministers are expected to give an update in the next few days on the progress the RPA is making on processing payments under the 2016 BPS scheme. An RPA spokesman said: “The focus is on paying 90% of eligible claims by the end of December.”