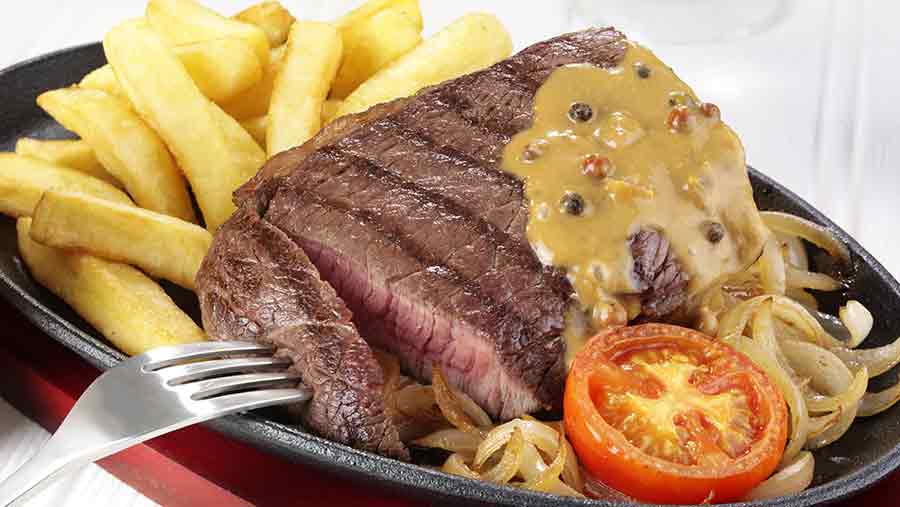 A new study has suggested cutting down on red and processed meat consumption brings little or no health benefits to consumers.

The team of international researchers analysed previous studies of how meat-eating affected millions of people, concluding the evidence of any risk from consuming beef, lamb and pork is weak and the risks small.

The controversial work was published in Annals of Internal Medicine. It contradicts earlier advice from the International Agency for Research on Cancer which, in 2015, concluded that processed meat was carcinogenic to humans, and red meat was probably carcinogenic.

The findings have been welcomed by farmers and livestock representatives, with FUW president Glyn Roberts declaring the results a “return to common sense”.

Liam Byrne, head of meat marketing at the AHDB, said: “It is heartening to have a positive report about red meat – and one that is being so widely welcomed by academics as being robust.

“It confirms what we in the industry all know – red meat remains an important part of a balanced diet.

“This is a shot in the arm for our producers, processors and butchers, who have been besieged by negativity around red meat for so long, based on half-truths and ill-informed opinion.

“The study shows evidence suggesting red meat can have an adverse effect on health is weak, at best, and certainly not strong enough to confidently suggest lifestyle changes for those perceived to eat more than the recommended weekly amount of 500g,” added Mr Bryne.

“More than 99% of households in the UK enjoy red meat and this report should give them the permission to continue to enjoy red meat as part of a healthy, balanced diet.”

The National Sheep Association (NSA) said it was “pleased, but not surprised” to see data showing there was no significant link between red meat and cancer.

NSA chief executive Phil Stocker said: “Sheep farmers have long said eating red meat is not a health risk provided, as with everything else, it is eaten in sensible quantities.”

The report showed the correlation linking red meat consumption and cancer is limited and the evidence to support calls for reduced consumption is inadequate, concluded Mr Stocker.

Public Health England said it was not changing its advice to limit red meat consumption to 70g a day.