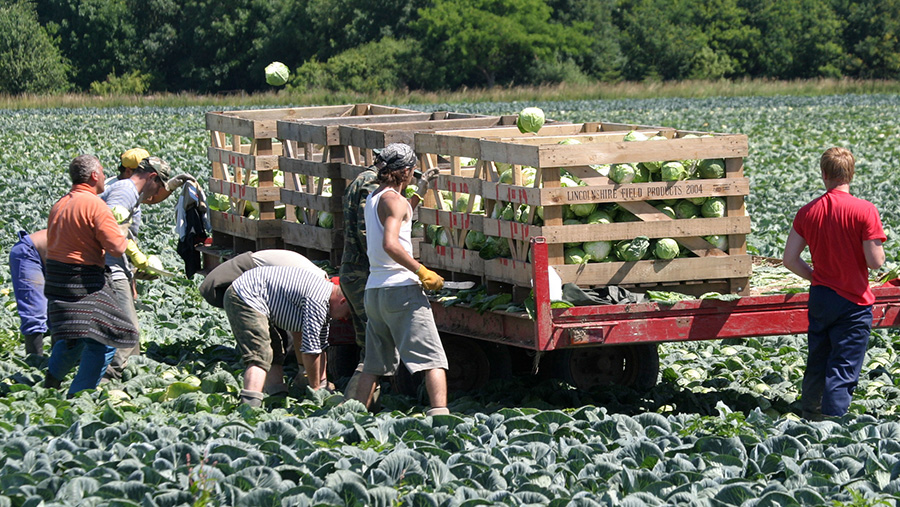 The NFU has called for a work permit scheme to help ease a farm labour shortage expected to rise to 95,000 workers a year after the UK leaves the EU.

NFU representatives met Home Office officials to push for a “substantial” trial of a Seasonal Agricultural Permit Scheme for non-EU workers in 2017.

Speaking after the meeting on Tuesday (1 November), NFU horticulture chairman Ali Capper said: “The industry has very specific needs for labour in agriculture and horticulture.

“Horticulture alone needs about 80,000 seasonal workers to pick and pack fruit, vegetable and plant crops across the country.

Ms Capper said the NFU’s message to the Home Office was simple: without workers to produce British crops, the industry would contract and food imports would increase.

“This goes against everything the public tell us about wanting to support British farmers and wanting to see more British food on supermarket shelves,” she said.

“We are already experiencing a shortfall in EU workers resulting from long-term declines and exacerbated by the referendum outcome.”

Ms Capper added: “We urgently need a substantial trial of a Seasonal Agricultural Permit Scheme for non-EU workers in 2017.”

“We are satisfied that the Home Office has a full understanding of how important access to a competent, flexible and reliable workforce is for food production.

“However, without basic assurances from government that this labour will be accessible in future, grower businesses face huge uncertainty and are delaying investment in British production.”