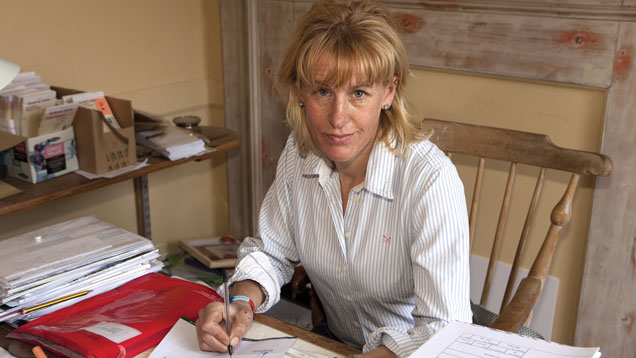 The NFU is considering forming a farming supporters’ society to gain backing for the industry from members of the public.

Union deputy president Minette Batters floated the idea of the supporters’ society during an NFU meeting in Wadebridge, Cornwall on 24 November.

Ms Batters suggested an annual subscription of £15 a year could be paid by society members.

She told the meeting that farmers and the NFU had to change the way they lobbied government and attracted public support or face losing out to single issue pressure groups in the future.

“Our critics are always saying what we are not doing, and we need to be proactive and shout about all the good work that we are doing,” Ms Batters said.

“The pressure groups are all working together, and although we have endless support out there we are not harnessing it.

Ms Batters said the abolition of milk quota, TB, and environmentally-friendly farming all posed considerable challenges to producers in the coming years.

Pressure groups were extremely good at co-ordinating e-mail campaigns to MPs, successfully banning neonicotinoids without scientific evidence – and farmers needed to take the same approach to get their messages out there, Ms Batters told delegates.

It was also important for active farmers to sit on bodies which like the London Food Board, she added. “Food and education boards have a massive influence on food policy and there is a plan to roll them out to other major cities. Often the boards have no understanding of agriculture so we have a key role to play in education and policy formation.”

The abolition of milk quota meant it was more important than ever to get British consumers on side, warned Ms Batters. Danish farmers had already invested to boost milk production by 20%, and Irish farmers were doing the same.

“We’re going to have a lot more milk in the market place, so there is a real challenge to keep customer loyalty across all dairy products. We need long-term, meaningful contracts that stabilise the markets, and to name and shame supermarkets for bad practice.”