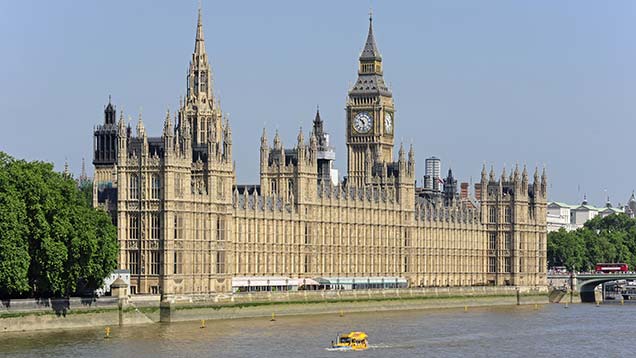 The NFU is taking its Great British Food Gets My Vote campaign to Carlisle to urge all the prospective parliamentary candidates in the constituency to Back British Farming in their manifesto.

The union is staging a Question Time style event at The Auctioneer on Rosehill Industrial Estate, Carlisle on Thursday 9 April, starting at 7.30pm. This event is primarily for NFU members.

Independently chaired by Andy Johnson, who spent 17 years at the BBC as a presenter, reporter and producer for network and regional television – the evening is certain to provide an element of theatre.

NFU Carlisle group secretary Ian Mandle said: “It’s is a great opportunity for NFU members to engage with their prospective parliamentary candidates and push forward our industry needs to those who may find themselves at the heart of the new government.”

Debate at the event will centre on the NFU’s manifesto. The union wants a government that understands farm business, wants agriculture to grow and has the policies that send the right signals to farmers.

The document highlights five key policy challenges over the short, medium and long term that the industry, along with government, can address.

These include: investing for growth; protecting animal and plant health; securing knowledge and technology; building fair, safe and secure food chains; and caring for our countryside.

YouGov data has revealed that 85% of people want British supermarkets to sell more food produced on British farms. However, the UK is presently only 60% self-sufficient in food. At current rates, the NFU predicts it will be just 53% self-sufficient in 25 years’ time.

The NFU is asking the British public to continue buying British food and supporting British farming.

It is urging the next government to listen to farmers, engage with them, and ensure it does everything it can to back British food and support our farmers.

Nearly 10,000 people have now signed up to the NFU’s Great British Food Gets My Vote campaign since it opened just over a month ago.

More than 200 NFU members are displaying roadside banners across England and Wales to back the campaign.