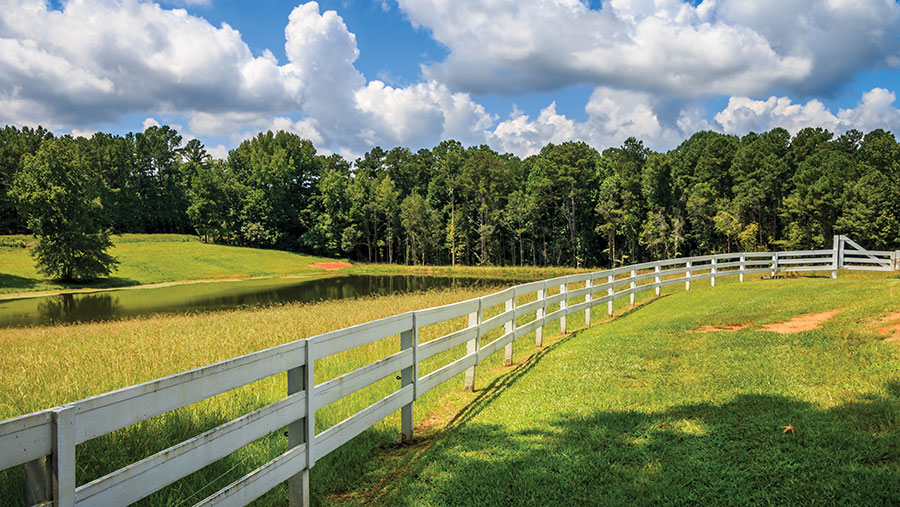 Farm businesses risk jeopardising their own future emissions targets by cashing in on the “dash for carbon”, a new report warns.

On the opening day of the Oxford Farming Conference (OFC) on Wednesday 5 January, two reports commissioned and funded by the World Wildlife Fund (WWF-UK) and Tesco Partnership warn of the risks to food production, local communities and nature recovery resulting from farmers selling off carbon credits.

It is a market that could be worth £1.7bn/year – the equivalent of half the value of all current farm support payments.

But carbon offset credits can only be used once and so can’t count towards a farm’s own decarbonisation targets once they have been sold, or be used by the business to make claims about low-carbon or net-zero produce.

The consequences could be significant if the farm’s customers introduce new requirements for the sustainability of its produce, according to one of the reports, The opportunities for agri-carbon markets.

In a series of recommendations from the research, farmers are urged to focus on reducing their own emissions before trading their carbon to offset pollution in other sectors.

Food businesses are also urged to use on-farm carbon reduction and sequestration measures to reduce supply chain emissions, and not to offset their own emissions.

James Elliott of the Green Alliance, the think tank that helped produce both reports with researchers from Scotland’s Rural College (SRUC) and Manchester University, says collaboration between farmers and their customers to cut emissions and sequester carbon within the supply chain could be a “safer bet” for farmers than selling credits.

The research also points to the uncertainty about future carbon prices.

Among the recommendations around the trading of natural capital and carbon, the government is urged to create a land use framework and an Office for Carbon Removal, to monitor the purchase of carbon credits.

There is also a call for credits to only be sold to offset UK-based emissions.

OFC director Emily Norton, who is also head of rural research at land agent Savills, which helped support the research, said safety nets are necessary to prevent an “overly dominant focus” on land use practices, woodland planting and peatland restoration that are most likely to reduce emissions, while excluding food production and biodiversity gain.

On-farm food waste resulting from strict requirements about the shape and size of produce was identified as a “big hitter” for reducing emissions.

A report produced for the Sustainable Agriculture Workstream of the WWF-UK and Tesco Partnership says supermarkets must be pressured to change rigid product specifications.

Consumers must also be encouraged to change their attitudes to “wonky veg”, the report recommends.

Low-carbon animal feed alternatives and livestock feed additives also hold the key for potential GHG emissions reductions. The report wants research councils to be given a mandate to accelerate research into these areas.

However, there is an acknowledgment that changes in diet would “hugely affect” livestock farmers, and they would therefore require support.

How to help protect tenants’ interests

The Natural Capital: the battle for control report commissioned by the OFC says new controls are needed to protect tenants.

It says a requirement for longer FBTs would help tenants sign up to environmental services agreements, and protect them from increasing rent prices resulting from environmentally friendly practices pushing up land values.

The report recommends that inheritance tax relief should be restricted to tenancy agreements of 10 years or more.

Its authors admit that the interventions they are proposing would be contentious because they reduce the power of landlords.

“But as society’s demands for the land change, so too should tenancy agreements,” they insist.

“At a minimum, Defra should focus on making it straightforward for tenant farmers to enter the Environmental Land Management scheme, as should Defra’s equivalent bodies in Wales, Northern Ireland and Scotland.”

Under current agreements, tenants are entitled to compensation from the landlord for major improvements, but improved biodiversity and carbon storage are not considered in land value estimates.