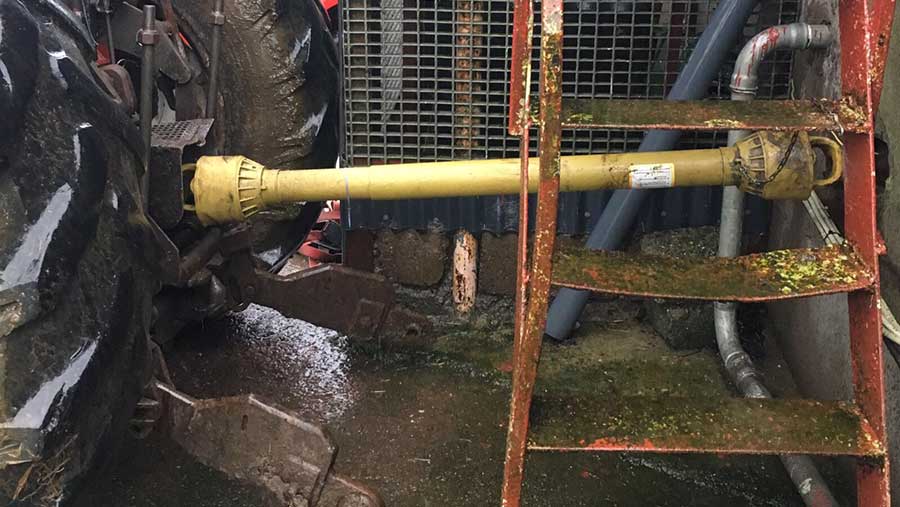 The aftermath of storm Ophelia has left farmers in Ireland without water and electricity – making day-to-day operations nearly impossible.

The effects of the gale force winds and rain on Monday (16 October) left Ardeens Farm, Macroom, Cork with damage to infrastructure as well as no electricity or water to manage their 85-head dairy herd.

“We started milking at 5am on Monday morning to beat the storm, as we thought if the electric went, at least we would have the cows milked,” said dairy farmer Maggie Palmer.

“The electric went off around 11am and our water is powered by an electric pump – meaning we were left with nothing. We have also lost roofs on sheds and in one field there are 25 trees down.”

With no electric to power the parlour, and every generator in the country out on loan, milking was a very difficult task, she added.

“The motor is being driven by the PTO shaft on a tractor while a Jeep battery is linked up to power the pulsators and head torches are our only form of light.

“The milk is pumped into the tank via electric pump, so now we have got to take it out of the jars by bucket and manually put it into the tank – there are about 20 farmers around us who haven’t been able to milk their cows since Monday.”

Drinking water was in very limited supply, causing a dramatic yield drop, and any milk that was produced was having to be poured down the drain as the farm had no way of keeping it cold – additional heartbreak at a time when the milk price in Ireland was at its highest level in the past few years.

“No one knows when the electric will be back on,” said Miss Palmer. “All we can do now is focus on keeping the cows as clean as possible and continue to milk them the best we can.”