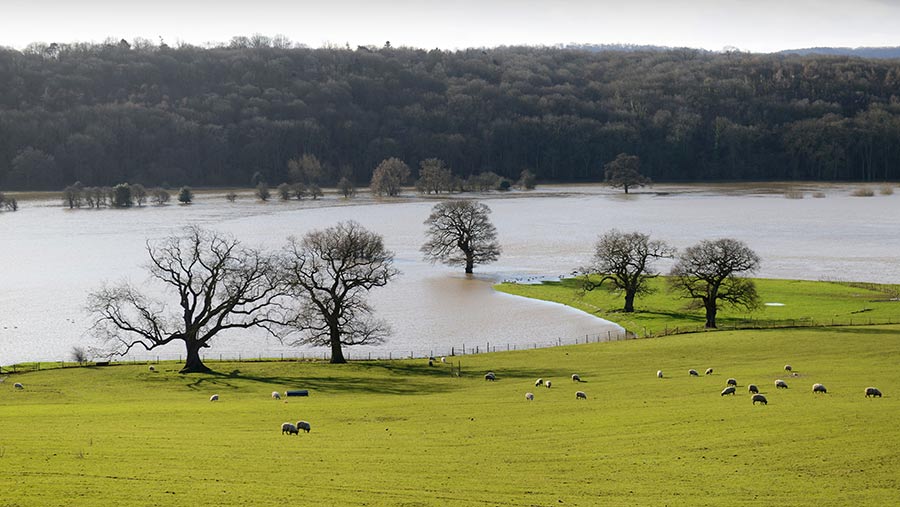 The two farmers sat in their truck, waiting. The older one, already cynical about how the meeting would go, after a lifetime spent dealing with zealous officialdom, impatiently looked at his watch. There were better things they could be doing.

The younger farmer, still retaining a degree of hope and optimism, spotted them coming down the drive first. “Here they are now,” he said.

The three men in suits got out of the car. “Sorry we’re so late, took us a while to find the place,” the leader of the group laughed, while they replaced shoes with wellies. The very expensive designer kind, the younger of the two farmers noted.

“Shall we go and have a look then?” he said, cheerfully.

The two farmers beckoned the men to follow, and they made small talk about the weather while striding across a grass field towards the deep, black river that snaked through the landscape – the reason why the men in suits were here.

On reaching the bank, the younger farmer pointed out the problem. After a succession of floods, now happening with more frequency than they could ever remember, a huge deposit of gravel had been left in the centre of this stretch of river, forcing the flow outwards, and resulting in a large section of the field being washed away. Well over an acre had already gone.

He knew from recent experience that they couldn’t take the gravel away and use it, as had been done for generations previously, because of the invertebrates.

But, he wondered, could they perhaps drag it to the side using a Hi-Mac so the river could flow straight again? They were very happy to pay for the work themselves, he added.

“No, because that’s where the river wanted to put it,” the leader of the men in suits replied, with a perfectly straight face.

The younger farmer paused, momentarily taken aback, and collected his thoughts. “Well, could we put some large boulders, like the kind you see in sea wall defences, against the bank then?” he asked hopefully.

“Sorry, you definitely can’t introduce anything foreign to the river,” one of the three men said quickly.

“So, there’s nothing at all we can do to protect this field from being washed away?”, he questioned, incredulous by now.

“No. It’s all about slowing the flow, you see. Slow the flow here and it stops flood water from rushing into houses further downstream,” came the reply.

At this point, the older of the two farmers, by now visibly irritated, interjected. “But you call yourselves Natural Resources Wales, and this is one of Wales’ most precious resources; high-quality arable soil being needlessly lost, can’t you see that?”

The leader of the group smirked. “It’ll be a long time before Snowdon washes into the sea,” he replied.

The older farmer said nothing in reply. He’d heard enough. The younger farmer thought he heard him muttering something about throwing someone in the river, as he walked away from them.

Later, on the way home, little was said between the two farmers. But the younger of the two did break the resigned silence to concede that his father had been right all along. It had been a complete waste of their time.