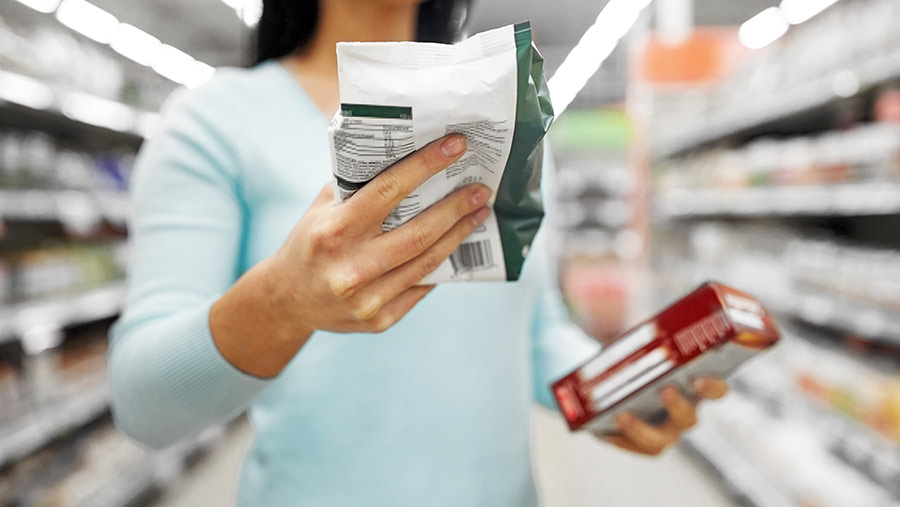 I know that I often obsess about supermarket food prices in this column. Maybe it’s because I do my own grocery shopping. I don’t wish to be boring or to sound like a money saving website, but it’s an important topic.

The price shoppers pay for their food sits right at the heart of the relationship between people who eat food and the people who grow it. The price should always be fair in both directions.

This Christmas, Tesco and Lidl reduced the price of some of the most popular home-grown vegetables including potatoes, carrots and Brussels sprouts to 29p per pack.

See also: Let’s use the market opportunities of vegetarianism

On 2.5kg of potatoes, this equates to a retail price of just £116/t – significantly less than the farmers’ own costs.

Growing anything outdoors was a joyless and unprofitable experience for most farmers in 2019, so the decision of these retailers to sell fresh produce at less that the cost of growing it can at best be described as a curious.

Personally, I would go as far as to say that it’s an absolute bloody insult and the supermarket employees responsible should be made to harvest Brussels sprouts for the entire month of February.

We are not likely to persuade anyone of the value of good food if we keep the cost of it artificially low. A fair society would be looking to raise low incomes rather than lower food prices

In France there is a law which prohibits retailers from selling produce for less than 110% of the cost for which it was purchased. Should such a law be passed in this country?

On the face of it, this seems utterly logical, but the question isn’t a simple one because everyone has a different definition of fair.

Some farms can produce things more cheaply than others. How do you protect farmers from unfair low prices without committing consumers to unfair high prices?

I am one of the nine directors of the Oxford Farming Conference which is being held next week.

Healthy food affordable for everyone

I have spent hundreds of hours in the past year helping to put together the programme which has the title Growing a Healthy Society. One of our central themes is making healthy food affordable for everyone.

It is unarguable that supermarkets’ buying power and the intense competition they have with their rivals have made some food items very cheap indeed.

If you are on a low income, this is good news. If supermarkets then choose to subsidise healthy food choices by taking greater profits on unhealthy products or on non-food items instead, is that also good?

Nearly every health professional advocates that the average diet in the developed world should contain a smaller quantity of meat and a greater amount of fresh vegetables.

Is it good if retailers are prepared to take a loss to encourage this to happen? I’m yet to be convinced.

We are not likely to persuade anyone of the value of good food if we keep the cost of it artificially low. A fair society would be looking to raise low incomes rather than lower food prices.

Food waste, another of society’s challenges, is only likely to increase if we allow food to be sold at a loss.

Modern supply chains distance the public from the food that they eat, the people who grow and harvest it and the natural world.

The great work of farmers to connect with the public, through initiatives like Open Farm Sunday and FaceTime a Farmer, is frustrated by supermarket campaigns which bear no reality to what is happening outside their store.