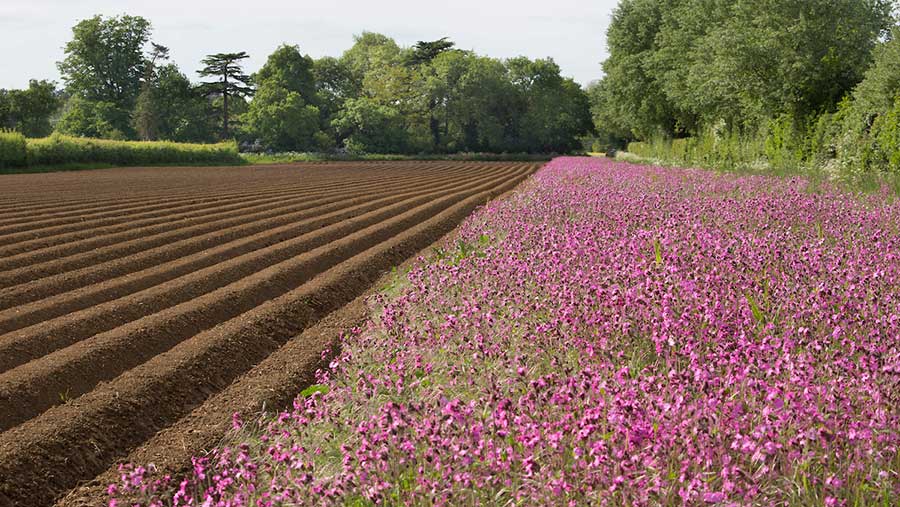 When our second Entry Level Scheme (ELS) expired in 2015, we stood in the front rank of farms ready to automatically transition into the new Countryside Stewardship (CS) process.

Perhaps you already know where this tale is going. Perhaps you’re not surprised to read that, in August 2018, I’m still debating whether to take the plunge and commit to five years of Natural England (NE)-supervised CS.

Like many farmers, I’m torn. On the one hand, my heart tells me to get involved in this latest iteration of the agri-environment scheme. We’d been in one for as long as I can remember, which had always given us a great sense of satisfaction.

What’s more, CS participation is good PR, both for our farm and for the industry as a whole.

But on the other hand, my head intervenes and urges me to look at the evidence that my sanity – and cashflow – might not be able to take the strain.

My own experience started badly. Finally taking a deep breath this spring and applying for an application pack, I instantly hit problems when my form was lost.

After weeks of fruitless emails and calls, the issue was only resolved when a senior NE official intervened after I spoke of my frustrations on Radio 4’s Farming Today.

It shouldn’t be this hard to engage. The beauty of ELS was that it was broad, shallow and simple – with massive resultant uptake and landscape effects.

As I explained to the NE official, farmers don’t enter agri-environment schemes for the money – which is little more than income forgone. We engage because we want to achieve positive outcomes for nature. But make the scheme difficult to participate in, and we must think of our businesses first.

ELS was criticised by those with time on their hands precisely because it was broad, shallow and simple. The complexity of CS is the result.

But the recent scandal around UK plastic recycling draws a parallel in my mind with the direction our government is taking agri-environmental protection in with its “Green Brexit”. Two-thirds of UK household “recycled” plastic is exported, where apparently much of it is either buried or burned.

However, official statistics still record that plastic as recycled. We, as consumers, can feel comfortable that we have done our bit; government can trumpet its green credentials.

I fear that, whatever piece of legislation Defra mackles together to govern food and the environment post Brexit, the same outcome may result: the “green” prescriptions are made ever more exacting and contradictory to modern, productive agriculture, forcing us to import more food from countries without even basic environmental protections.

We would effectively be exporting our environmental footprint and conscience abroad, along with our plastic – thus creating a moral hazard. But hey; out of sight, out of mind.

My farm doesn’t need CS to be a haven for the natural world. I see it groaning under the diversity of its own ecosystem every day. Agri-environment schemes are merely the revenue-neutral icing on the cake; the quantifiable metric by which Defra can claim “environmental success”. Will I take the plunge with NE for 2019? I genuinely don’t know. Would you?