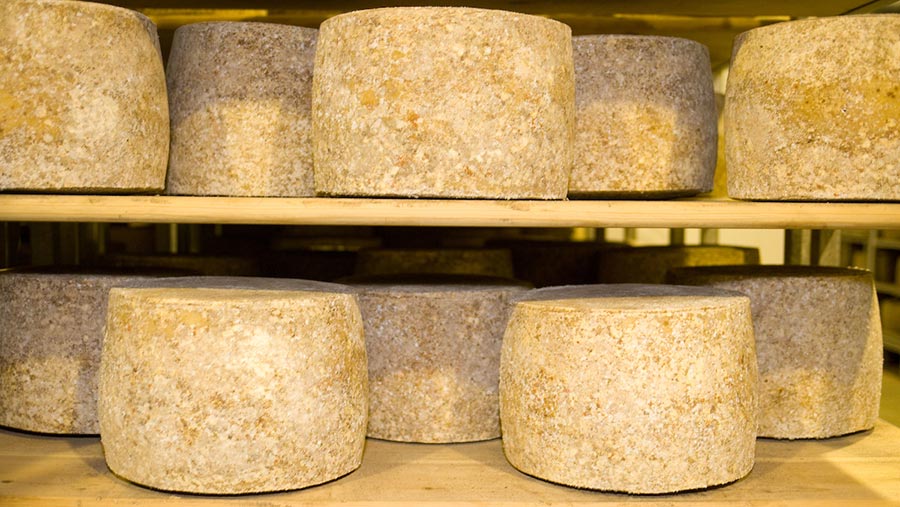 Ethical dairy farming was not something I knew a lot about until very recently. I did milk cows for the first 15 years of my working life, but I can’t remember enjoying a single day of it.

My introduction to ethical dairy farming happened by chance at the Wigtown Food Festival in July this year.

Mrs McQ and I were invited to attend the Food Festival to give a little talk on our farm diversification project on the Saturday evening. But, before that, we were invited to the event’s cheese and wine evening on the Friday.

I’m not sure if it was the four glasses of wine or the two glasses of cider that swung it, but I would have to say the cheese was delicious.

Naturally, it had been made from milk that had been produced at “The Ethical Dairy”, which is based at a farm about 30 miles down the road from me.

The main thrust of the concept is to de-intensify the way the milk is produced and to leave the calf with its mother until it is five months old.

Without going into the finer details of all the other welfare options that are being used at the farm, there is one other thing that is remarkable about The Ethical Dairy – their cheese is completely sold out.

The old adage “when everyone is heading east, you should go west” has never been truer.

Dairy farms in general are becoming more intensive and the market for cheese is becoming more and more competitive. As a result, smaller creameries are closing down.

From the little knowledge I have of shopping for cheese, the marketing strategy is usually based on how the cheese was treated during its lifetime and also the land where it came from.

However, there is very little mention of how the cow that produced the milk was treated throughout her lifetime.

I’m quite sure if a farmer along the road from me set out their stall as being “The Ethical Beef and Sheep Farm”, I would probably feel quite uncomfortable about the situation.

If the same farmer had queues of customers lined up at their road-end waiting to buy their beef and lamb and I was struggling to shift mine, then I would be more than uncomfortable about the situation.

At the end of the day, I suppose, it’s up to us all to strive towards being the most ethical farmers we possibly can be.

I’m not entirely convinced that all intensive farming is unethical and all de-intensified farming is ethical. Some of the best farmers in my area farm intensively and they take great care of their animals.

However, having given it a bit of thought, I do have to take my hat off to The Ethical Dairy.