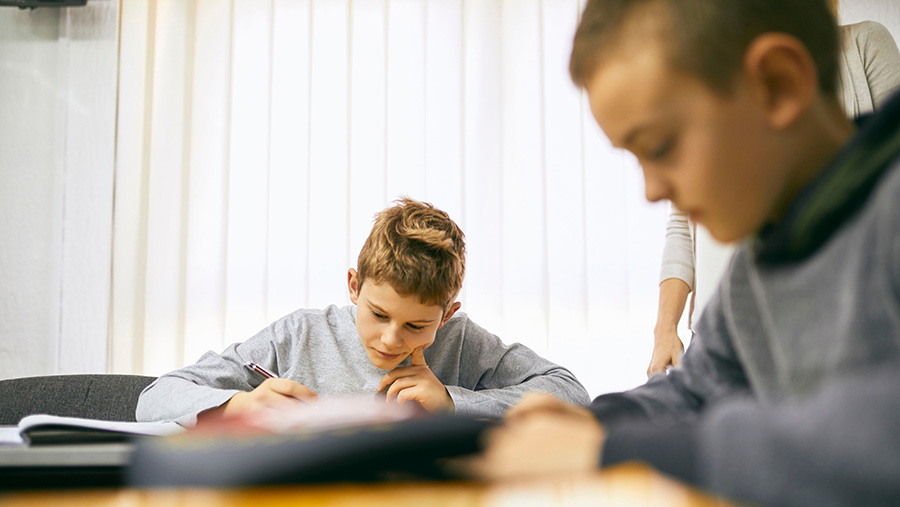 This September, my younger son Harry moved up from primary to secondary school, beginning an exciting new chapter in his life while at the same time providing his ageing father with a rather less welcome reminder of the relentless march of time.

Harry is a cerebral soul, keen to absorb as much of the great gift of education as he can, which is reflected, on occasion, in an encouraging attitude to homework.

Unlike his older brother, he has even been known to initiate his own research without the need for parental coercion or threat of pecuniary sanction.

Two weeks ago, Harry came home with a science assignment curiously titled: “What is organic cotton and how does it make a difference?”, announcing that he had been instructed to research the subject on the internet. My heart sank.

Before I go any further and risk incurring the ire of organic devotees, I would like to point out that this piece is not intended as a polemic against organic farming, but rather an expression of frustration at what our children are being taught in respect of a very complex issue.

As I feared, an internet search of the subject matter turned up page after page of pro-organic propaganda, demonising the use of “toxic” pesticides, “artificial” fertilisers and genetically modified seeds, and promoting the supposed environmental and consumer health benefits of organic cotton.

Nowhere in the first dozen or so pages of a Google search (a point way beyond the likely boundary of any 12-year-old’s research) was there any balancing argument to be found for the huge contribution made by the aforementioned technologies to reducing the amount of land and water required to satisfy the world’s demand for cotton.

Quite how promoting, however covertly, a marketing concept based on an ideology founded in early 20th century German mysticism has any place in a Year 7 science class in 2018 is beyond me.

What is even more disconcerting, however, is how, for all the progress made in affordably feeding an ever-growing global population and – in Europe at least – the conservation of numerous species of plants, animals and birds, modern agriculture receives little if any credit at all.

It is, in my opinion, a great shame for example, that Norman Borlaug – perhaps the most significant humanitarian of the 20th century and a man whose work is credited with saving as many lives as modern medicine – remains to this day virtually unknown to anyone outside agriculture.

This failure is our failure. At a time when UK farming faces perhaps its biggest challenge for generations, we appear to be ignoring the fact that the next generation of consumers are being indoctrinated into believing that our industry is destroying the planet.

Whether it is simply a result of well-intentioned ignorance or is more ideologically motivated, they are being told that the solution is a system of farming that, if adopted at a global scale, would likely lead to economic stagnation in the developed world and mass starvation and widespread environmental destruction beyond.

I await a response to the note that I sent accompanying Harry’s unsurprisingly controversial homework, offering to meet with his teacher to discuss the rationale behind this assignment. Quite how we can or should address this particularly worrying issue as an industry is a challenge for us all.