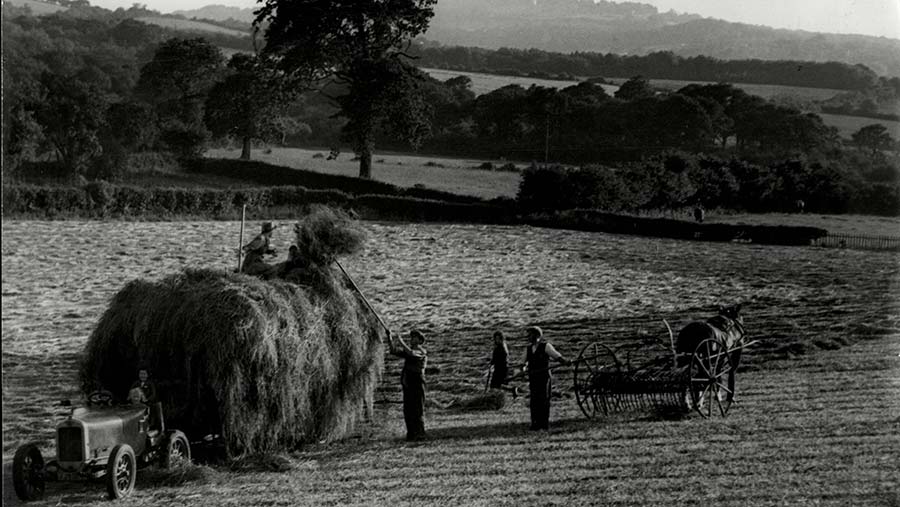 Among our family folklore is the tale of how during the war my family made hay on Newcastle racecourse – clearly in a way that I have never managed, despite numerous attempts over many years.

Racing was suspended and the land was turned over for agricultural purposes to help the war effort. So my great grandfather, who farmed opposite the main gates, got the opportunity for some extra hay ground.

The requisitioning of land for agriculture was part of a national drive to crank up food production to try to make up for the disruption to supplies of imported food, on which the country relied.

The experience of food rationing and the need for security of food supplies was the key driver behind the post-war government strategy on agriculture.

Food production was incentivised by providing price guarantees for all major agricultural outputs, stretching up to four years in advance.

Farmers had the stability and profitability to invest in new technology and increase productivity.

This policy of price guarantees continued until the UK joined the then EEC. This trade bloc has also been committed to encouraging food production within its member states and has done so through a combination of protection and subsidies.

I’m just setting this out to point out the change in circumstances for UK farmers as we prepare to leave the EU.

There is no prospect of price guarantees for agricultural outputs and indeed no sign that the UK government still views agricultural production as a strategic priority anymore.

So, when you hear a keen Brexiter breezily assert that farming was fine before we joined the EU and it will be fine afterwards, this is a combination of bluster and wishful thinking – the world has changed. It seems the UK has not had a government less strategically committed to UK food production since the 1930s.

On the Brexit negotiations, at least we now have the prospect of an interim arrangement which means that we pay, obey and have no say, from March 2019 to the end of 2020.

This is a lot better than crashing out of current arrangements altogether next spring, and will provide a useful primer what “being told what to do by Europe” is like, as opposed to being a voting member.

The real pain will come afterwards. The former head of Liam Fox’s international trade department has recently likened the UK’s decision to leave the single market and the customs union to swapping a three-course meal for the promise of a bag of crisps. He is right.

The government’s own Brexit impact studies showed all regions of the country will be worse off under every scenario than if we had stayed in the EU. My particular sector, upland beef and sheep, seems likely to be particularly badly affected.

Yet the ardent Brexiters’ key concern seems to be for fishermen. A bizarre Brexiter fish-throwing ceremony is under way on the Thames as I write.

I’ve got nothing against fishermen, but I don’t understand the fixation with an industry that employs fewer than 12,000 people, (including an estimated 20% of which are non-EU nationals), which contributes a tiny amount to GDP and whose products mainly go for export into the EU anyway.

None of this seems quite rational – but then, neither does Brexit.