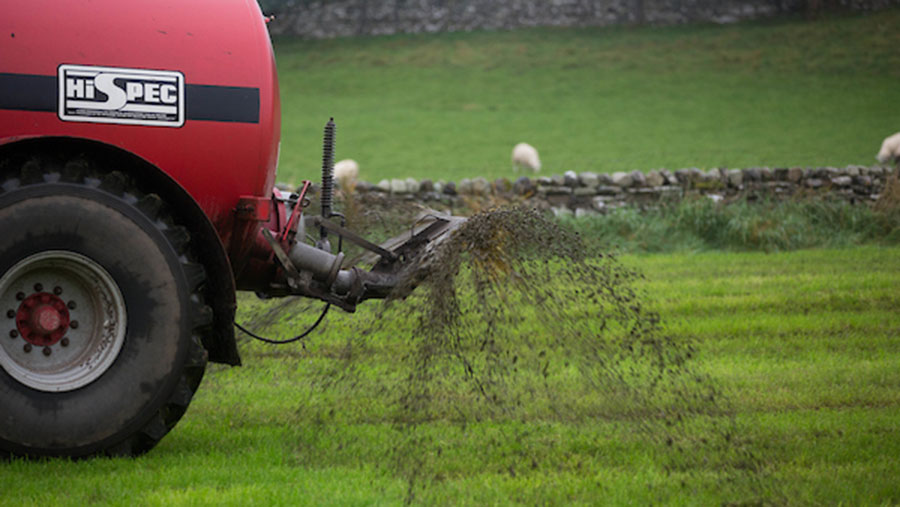 Predictable howls of outrage have greeted the Welsh government’s new proposed regulations to protect water quality from agricultural pollution, and the usual emotive phrases have been thrown around; draconian, disastrous, persecution, to name but a few.

But if we take a collective breath and put down our burning torches and pitchforks for a moment, do we perhaps need to look at the bigger picture?

The number of substantiated pollution incidents caused by livestock farms across Wales has fluctuated between 115 and 165 for each of the past eight years, while a 2016 report into the state of Wales’s natural resources found that 63% of all freshwater courses were not achieving the necessary standards.

Only one in six freshwater habitats were considered favourable for wildlife.

We are all rightly horrified when we see images of plastic floating in our oceans and read stories of industrial waste polluting our atmosphere.

And on a local scale, we loudly condemn litter louts and fly-tippers as selfish and lazy. But is this any different?

How can we justifiably complain about the Welsh government increasing legislation, when the blame surely lies with a minority of irresponsible farmers who are bringing an increased cost-burden on us all through their actions?

Is allowing slurry to pollute the rivers of Wales, which run through our beautiful countryside, from the mountains to the coast, in any way acceptable?

Can we afford to jeopardise public health, wildlife and the reputation of our industry like this?

To be clear, I’m not talking about accidents. They happen, of course, and I can only imagine the horror of knowing you were unwittingly responsible for a major incident.

What I’m referring to here is the wilful flouting of current regulations around slurry and manure spreading, which are too often seen as something to get away with, causing either point-source or diffuse water pollution.

And while many will deny this happens at all, I’ve seen it with my own eyes, and talking to other farmers about this, so have they.

So how can we justifiably complain about the Welsh government increasing legislation, when the blame surely lies with a minority of irresponsible farmers who are bringing an increased cost-burden on us all through their actions?

Some 99% of farms in Wales manage to comply perfectly well with the existing regulations, and we will now all pay the price for the 1% that don’t.

I understand as well as anyone the financial pressures that have faced farmers for a number of years, and I know that many businesses have had to increase in size just to survive.

But I don’t believe in any way that it is an excuse for this, and I think it’s time for an open and honest conversation about why pollution incidents are occurring and what we can do to prevent them happening in the first place.

Despite this, I’m not convinced it is the answer to make the whole country a nitrate vulnerable zone, which will surely result in a huge dump of slurry being spread after the closed period end.

But I don’t think the answer is to deny the problem exists altogether either, and perhaps fines need to be drastically increased for repeat offenders as a starting point.

As individual farmers, we often claim that not only are we enhancing the environment, we’re part of the solution to climate change.

How can we truthfully claim this if we don’t solve the pollution problem in our own industry first?