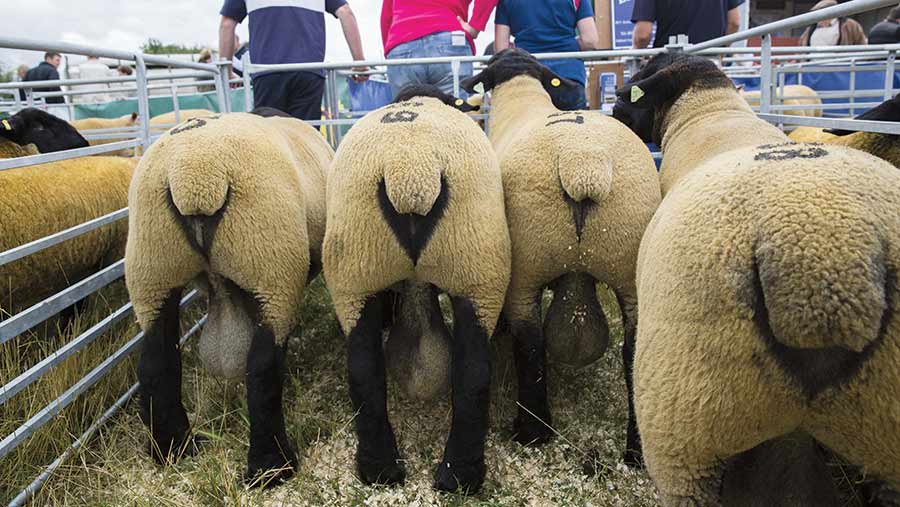 Two new toys have been purchased for our farm recently.

The new stud ram and the new tractor were both much needed and each will play a vital role in the future of our business. Both came at considerable expense, but only one of them will be serviced regularly and cared for properly – sadly, the new tractor is destined for a lifetime of neglect.

We’re all wired differently. Some farmers agonise for weeks or months over what tractor to get. I just wanted one that was roughly the same size as the one that I had already. As long as the price was right and the heater worked, then I was happy.

I kid you not, when one of the dealers I rang for a quote asked me what model of tractor I was trading in, I’m embarrassed to say that I had to put the phone down and walk into the yard to read the four-digit model number on the bonnet. Surprising really, as I’ve had that tractor for 15 years.

On the other hand, Mrs McQ and I are very excited about our new ram. We researched its pedigree in great detail before we bought it. I could remember being very impressed with the mother of the ram when I saw her at Orkney Show three years ago.

She was not too large and still managed to look very feminine despite her extreme muscle development.

We could both also remember seeing the father of our new ram when it was sold five years ago in Carlisle. He had huge deep gigots which made his backside stand out from the crowd that year.

The names, numbers and family traits involved in breeding that ram sprang to mind right away.

If your all-consuming passion is breeding livestock, you just can’t stop yourself looking for traits that are strong in families. It becomes second nature to the extent that it adds a whole new dimension to how you look at people as well.

Traditional Scottish weddings, for example, are an absolute feast when it comes to studying family traits. The wedding guests are conveniently shed into two different families inside the church to make the job all the easier.

The downside of this arrangement is that often the people you get penned up with are of absolutely no interest to you when it comes to looking for family traits.

You will have seen them all before and already know your own family traits. (For example, there isn’t a McQuistin yet who has broken the six-foot barrier and the men are destined to succumb to middle-aged spread sooner rather than later.)

It’s the family on the other side of the aisle that will be really interesting from a breeding perspective. While they’re all penned up together, there’s a great opportunity to look for the strongest traits.

It could be height, width, sticky-out ears, hair colour, or the lack of hair that’s dominant, but there is bound to be something that keeps recurring.

Needless-to-say that, while the tractor dealer and his son who visited our farm recently were gushing forth about model numbers and the specifications of their tractors, I was thinking how alike their facial features were.

If you’re really into tractors, this may all seem quite strange. However, if you’re a normal person who is into neither tractors nor breeding animals, then it may seem stranger still…