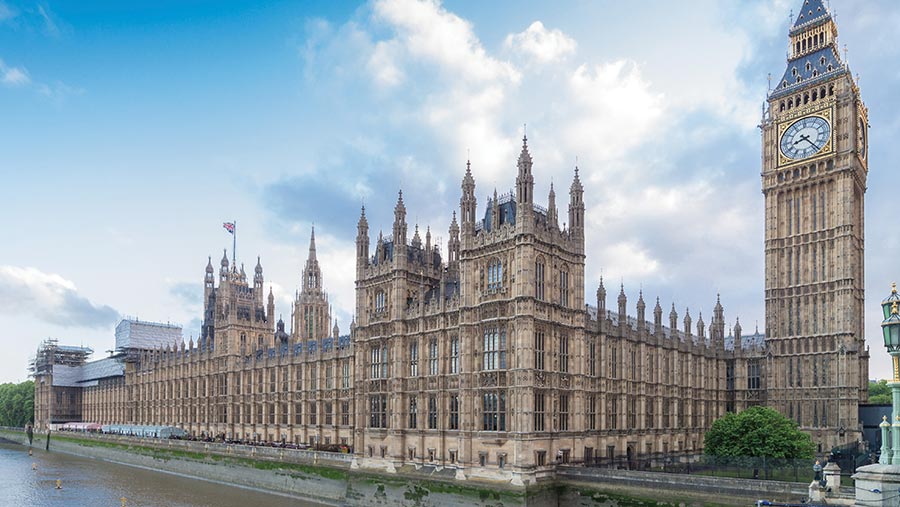 Sometimes, I sit down to write these columns with fire in my belly and flames in my fingertips.

Other times, the subject invokes a mood of weary resignation and that half-hearted voice that I use when I’m asking my dog to please not lie on my bed.

I know I’m going through the motions of a lost cause. And that’s how I feel about the Brexit negotiations.

I’m writing this the day after the Conservative Party voted down the Lords’ amendment to the Agriculture Bill that sought to ensure that imported food would meet our current farming standards.

The Conservatives say they still intend to honour their manifesto commitment to protect our standards through other mechanisms. This is what your local MP will tell you when you ask why the hell they voted against British farmers.

And maybe you believe that they will. You are probably thinking “Hey. Chill out, Matt. Boris and Govey have got our back on this one. It’s just brinkmanship.”

You can probably even show me an opinion piece in the Daily Telegraph which proves your point. If you do think this, I’m not going to argue with you. I’ll just sit here and sigh until my lungs are completely empty instead.

I don’t have much expertise in international trade negotiations but, as a gay man descended from Staffordshire coal miners, I’ve got a PhD in Applied Scepticism from the University of Life under the Tories.

I wrote here more than four years ago that I thought the referendum result would finish 30,000 farms in the UK and I still hold that opinion.

I also trust the judgement of MPs Neil Parish and Theresa Villiers. The fact that they both voted against the government and for the amendment leads me to think that British farmers are going to get shafted.

I support the NFU’s hard work in campaigning on standards, but for me the battle was lost with the EU referendum on 23 June 2016.

I was a sore loser, and expressed my bitterness and indignation at the time. Now my efforts are focused on preparing my businesses for a no-deal Brexit on 31 December.

The organisers of the Leave campaign were always motivated by a desire to do more trade with the US. These are the guys driving the bus now and this was always their destination.

The sad reality for British farmers is that a majority of the UK electorate was, and still is, in favour of leaving the protectionism of the EU.

So where does this leave British farmers? In a pretty sticky position, I fear. I wrote here more than four years ago that I thought the referendum result would finish 30,000 farms in the UK and I still hold that opinion.

I believe the only businesses that are truly secure are those that can produce goods at world market prices.

It is, of course, still possible that we will see some protection for our higher standards in the form of trade tariffs.

But this has pitfalls too – not least that a lot of British farmers wanted to leave the EU for the exact reason that they didn’t like the higher standards or red tape.

If the government does take a protectionist position with our food production, it is effectively imposing higher food costs on UK citizens in return for world-leading standards in environmental protection, animal welfare standards, public access and healthy food.

Either way, British farmers face a few years of radical changes, and anyone who believes otherwise has a shock ahead.