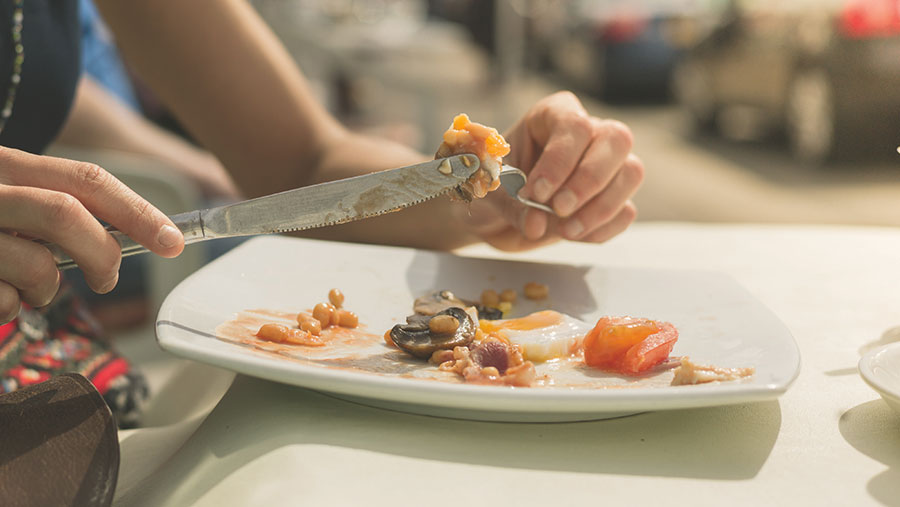 I enjoyed attending the Farmers Weekly Awards once again this year. This featured an added benefit for winners – a Desert Island Discs-type moment of being able to nominate their own walk-on music.

I could imagine nominees spending many a long hour in the tractor happily contemplating what to choose – not least because I spent most of the journey home idly doing this myself.

While in London, I visited the Food: Bigger than the Plate exhibition at the Victoria & Albert Museum, on the basis that it would be good to see how non-producers see the food industry, plus it was likely to prove cheaper than going to the shops.

The exhibition had various sections on compost, farming, trading and eating, with many items on sustainability and eliminating waste.

I was particularly taken with one exhibit about a group of traditional Mexican farmers left marginalised and impoverished by the global food industry’s demand for cheap, standardised yellow maize.

Happily, they have been able to return to making a living by working with an artist who has commissioned them to grow heritage maize, which comes in an astonishing range of colours including red, pink, orange, black, blue, purple, brown and white.

The usually discarded husks are collected and used to produce a new veneer material, Totomoxtle, for apparently lucrative decorative applications. So, the by-product was worth far more than the corn itself.

I thought great, the farmers can make a living, but the people beside me just admired the “lovely marquetry”.

At the end of the exhibition, there was a food lab, where the server prepared you a snack based on your choice of three attributes that a great food system should have, from a menu of 15 options.

When my order went in, the assistant looked at it and said I was unusual. Out of around 75,000 visitors who had so far had a go, only 52 of us had chosen my combination of priorities (profitable, delicious, affordable).

So, a shout out to my fellow farmers/accountants, because I can only assume that you comprise the other 51.

The choice that set me apart from the vast majority of other visitors was, of course, that the food should be profitable for the people who produced it. Not profiteering, just profitable.

Sadly, other people didn’t seem to see it that way, even if they had spent an hour or so looking at exhibits extolling sustainability.

This may have been partly the result of a 13-minute film on “modern farming practices”, apparently designed to be thought-provoking.

There was no commentary and most of it was not about British farming, but generally it was fairly ugly viewing, particularly with regard to the strange landscape of hundreds of acres of plastic tunnels for fruit and vegetable production and the harsh working conditions for vegetable pickers.

For me, the point that should have been brought out more explicitly was that cheap food production has major consequences for both the environment and the people producing it. If the public don’t want that, they have to be prepared to pay a bit more for food.

The environmental case has been made very successfully in recent years – the case for people needs more work.

The encouraging thing for UK farming, however, should be that when this is properly explained, a decent chunk of the public are supportive.