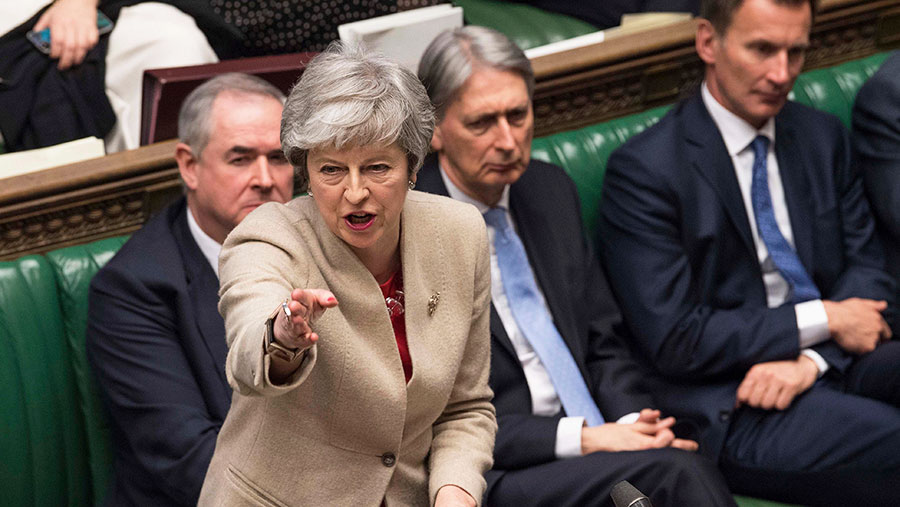 Ten years ago, in the aftermath of the financial crisis, top-level bankers were universally reviled and the butt of almost every joke.

It’s hard to believe it, but those bankers are now beginning to look like paragons of virtue when compared with some of the politicians who are so prominent in the Brexit crisis.

See also: Wake up and smell the reality of Brexit

Like those bankers, 10 years ago, many of our top-level politicians now look like people who live privileged lives, with no concept of how their actions will affect the people they are supposed to serve.

Like many others, I’m also scunnered watching the inner workings of the UK’s parliament on my television every night.

The “mother of parliaments” has been exposed to the world as a museum – more like the “great granny of all parliaments”, with all the grace and style of a pig going up a flight of stairs.

Please, can farmers have no more lectures from politicians about embracing new technology while they continue to file through glorified sheep shedders in order to register a simple “aye/no” vote.

When this hellish mess is all over, our politicians will have a steeper hill to climb in order to regain the trust of the people than the banks did 10 years ago.

Getting their hands dirty and doing some honest toil now and again would be a good place for them to start to reconnect with the people.

The agricultural relationships manager at our local branch of the Royal Bank of Scotland (RBS) would be a good example for them to follow.

Four years ago, Campbell McCaig called me out of the blue. Once I got over the initial panic that most farmers get when they receive an unexpected call from their bank, he asked me if I could help him to get some hands-on experience of a sheep farm.

I gave him a date and true to his word, two months later, he turned up on the busiest day of our lambing in 2016.

He filled buckets with water, bedded pens, sprayed navels with iodine, picked up afterbirths, swept up dung, assisted the vet with a caesarean section and finally, near to the end of the day, he got a glove on and helped a ewe to give birth.

He’s been coming back to spend a day with us ever since.

Campbell McCaig and the RBS, I salute you. Unlike many of our elected representatives in Westminster, you have made a great effort to try to understand the lives of the people you serve.

To cap it all, as a way of thanking me for spending time with him, Campbell took me out for the day. I’ve no idea about the rules (if there are any), but last year I was his guest at the Calcutta Cup match against England at Murrayfield.

It was my first and only international, which means I must be one of the few Scotsmen in this world that has only ever attended rugby matches where Scotland has got the better of England.

Our politicians could learn a lot from those rugby players as well, not least the need to reconnect with ordinary people and to start playing for their country instead of themselves.