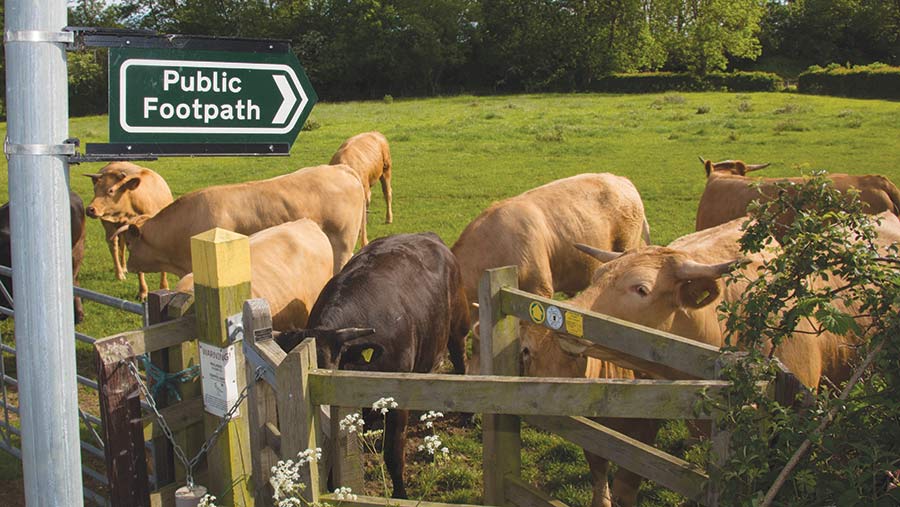 The farm I grew up on had a deserted village, where the good land runs out into rough grazing and moorland – well, if you call a few ruined walls a village. But 200 years ago it had a name and people were born, lived and died there.

They mostly made a living from weaving, supplemented by access to common land for grazing. But mechanical looms came in, the common was enclosed, and the records tell a pitiful tale of poverty, infant mortality and dwindling numbers.

The lost village story emphasises that, in this country, industrialisation and people leaving the countryside for towns and cities began long ago. The descendants of those villagers may now live in Leeds or Bradford, and the countryside may be an alien place for them, as it is for many.

We used to gloss over that, until the Covid-19 lockdown meant millions of people found themselves cut off from their everyday places of enjoyment. Suddenly, the countryside was being used, in some cases for the kind of access that ranged from thoughtless to obnoxious.

Countryside access gets a lot of farmer comment, even at normal times. People walking on field margins came up at two online farmer meetings I took part in recently. No, it does not help wildlife, and no, it is not a right. But we’ve provided a facility, whether we meant to or not.

It’s very unlikely that any of the recent waves of picnickers and wanderers were making a point about their right to roam, or the iniquity of private ownership. It’s also quite possible that, when the restrictions ease, we will see only the usual ramblers and dog walkers using the countryside on an average weekday.

The point is often made that the countryside is a working environment. But it’s also a privileged place, as many living and working there during lockdown have attested – people who are free from the traumas so many others have been through.

And maybe not all the hordes who have ventured out recently should have to retreat to their urban lives. Maybe there is a huge untapped potential out there for giving people real experiences in real countryside – not just the “yours for a day” that Open Farm Sunday offers – valuable as that is.

Access is written large in the new Environmental Land Management (ELM) scheme, and it should go way beyond being paid for mending stiles. There is little provision at the moment for a lot of the access – cycle routes and mountain bike tracks, wheelchair and mobility scooter paths and sensory trails – that we could cater for.

Don’t make it all organised, sanitised, book in advance, sign here. Surely the message of those impromptu gatherings is that people like to contact a few friends and just get out there. We should provide for that, and have it paid for as a public good.

Some will abuse it, of course. But I took a photo last week of a suburban back garden someone has extended into a farmer’s field, flowerpots, compost bin and all. Not everyone who trespasses has tattoos…

If people do reconsider where they spend their time in future, and are serious about cutting down their air miles, getting out into the countryside may not be a flash in the pan. Let’s make it work for all of us.