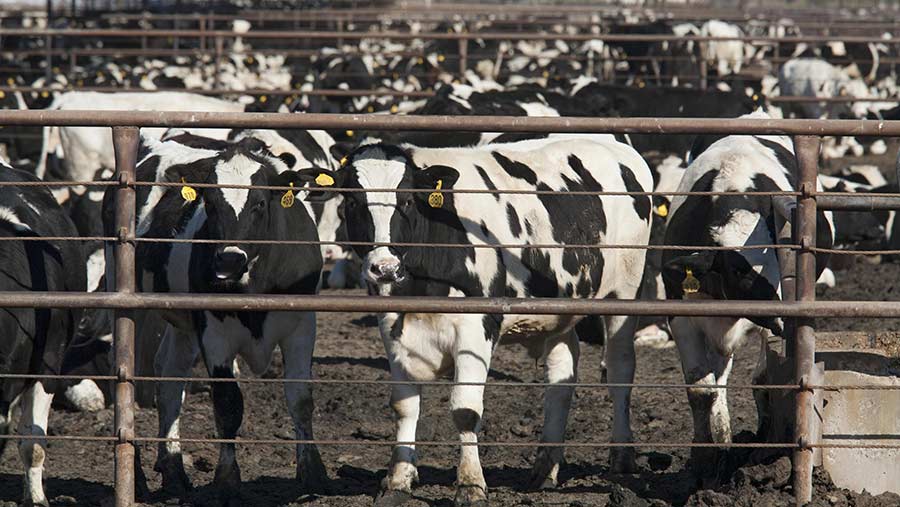 At the risk of sparking controversy, many of the industry responses to the BBC’s latest anti-livestock farming polemic Meat: A Threat to The planet? had overtures of that immortal line from Shakespeare’s Hamlet:  “The lady doth protest too much, methinks.”

Despite the programme’s obvious bias and predictably selective use of evidence, what was equally disappointing was the indignant knee-jerk reaction of many farmers and their representatives, proclaiming their sustainability credentials on Twitter while simultaneously decrying the “appalling” methods of production depicted from across the pond.

This “I’m all right Jack, it’s them others” attitude is as counterproductive as it is unjustified. As an industry we perhaps need to be a little more honest with ourselves, if we want to lay credible claim to the moral high ground in this debate.

Yes, there is undoubtedly mileage in the sustainability argument around the use of grassland to sequester carbon dioxide.

But there are a host of other management factors that, if not adequately addressed, will more than offset any of the gains from carbon sequestration which, let’s face it, would probably continue at pretty much the same rate, whether or not cattle or sheep continue to graze our green and pleasant land.

And it’s possibly a bit of a stretch to point the finger too disapprovingly at Brazil’s encroachment on the Amazon rainforest and Cerrado to make way for cattle ranching, when that’s pretty much what we did to Britain’s oak forests and uplands, albeit a few centuries ago.

Despite the documentary’s predictably negative focus on the “factory farming” aspects of the US beef industry, when viewed holistically, its range-based rearing, feedlot finishing model remains perhaps the most resource-efficient and thus sustainable system of beef production going.

By utilising ancient rangelands (that were historically never forested, but were populated by vast herds of equally methanogenic bison), to support cows and calves to weaning, that are then finished as quickly as possible in feedlots using grain and by-products, US producers consistently achieve market specification at a younger age.

They also achieve this with significantly lower greenhouse gas emissions per kg of finished product than the grass-finished model espoused by so many on this side of the Atlantic.

The perennially low to non-existent profitability of the UK beef sector, despite enjoying some of the highest finished cattle prices in the world, would suggest that, far from being the apotheosis of sustainability, there is much we could learn from our American cousins about what drives resource-efficient beef production, even if we don’t end up following it to its ultimately industrial conclusion.

It should not go unnoted that the Stabiliser system, perhaps the best example of a sustainable suckler beef production model currently operated in the UK, borrows heavily from US experience and genetics to consistently deliver performance in the top tier of the industry, with health, welfare and environmental outcomes to match.

Sadly, much of the noise emanating from farming’s Twitterati last week smacked rather too much of protectionist entitlement rather than any objective argument in favour of our green credentials.

While we have the potential to deliver a consistently high-quality and genuinely sustainable product, we must ensure it delivers on all fronts, or risk our message ringing as hollow as that of a poorly researched BBC documentary.