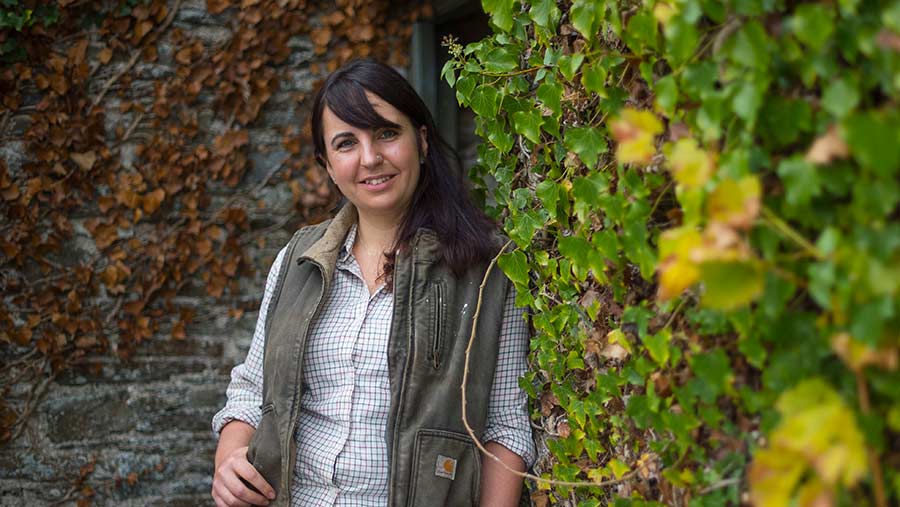 I consider one of the great benefits of working on the land is that I can avoid living and working in close proximity to other people.

My wider family consider me to be something of a hermit – I can go for weeks without straying more than a mile or two from the farm and even that’s only for the school run.

I like my own company and that of my immediate family, but seldom feel the need to seek out much of a social life beyond the farming community.

However, in the face of Brexit I have found myself pulled out into the limelight, literally. Just last week I spent the day filming a German TV documentary about (you guessed it) Brexit.

I was quite vocal during the referendum campaign last year and was asked to do a piece for the BBC and a Dutch news broadcaster then – just small sections within a news broadcast, but they seemed to take most of the morning on both occasions.

My most recent TV appearance was a much lengthier affair and I spent a good seven hours filming with the German crew.

It was fascinating to be part of the creative process. So much, though, goes into each moment of film that makes it onto the TV screen.

We had to reshoot me walking across the yard with an armful of silage about 20 times, because the light kept changing. The Germans were nothing if not fastidious about getting each shot perfect.

This quest for excellence almost caused the cameraman to lose his composure when filming me among a group of friendly bullocks.

The steers had been very obliging, standing around me having a scratch and a cuddle for about ten minutes, after which time they got rather bored – as they realised I didn’t have any feed for them – and started to wonder off.

The cameraman asked me to bring them back so he could film them again. He started to get rather upset when I explained via the producer (Mr Cameraman’s English was about as good as my German) that I couldn’t just get them to stand on command. By the end of the day I was beginning to pick up a few German swear words.

They were very keen to film me doing “proper work” and insisted that we go about our day’s tasks while they filmed.

Only one shot to film the bullocks

We succeeded in losing all three members of the crew while we were moving some young stock to fresh pasture.

I explained that once we opened the gate they would get one shot to film it and we couldn’t wait for them to catch up; they should just follow as best they could once we ran the cattle past them.

Of course, this didn’t go as planned and we had a few hairy moments as the bullocks tried to climb the hedge (cue some very English swearing and shouting), and as William and I disappeared down the hill at a full sprint we left the crew in a cloud of dust.

They did eventually catch up with us about half a mile down the road, looking rather worn out. Then their faces dropped when I explained that the only way home was to walk back up Morden Hill, the steepest hill on the farm.

After that excursion, Mr Sound Man kept grumbling about it being time for “mittagessen” and they sloped off to the pub for lunch.

Not all Brexit voters are bigots

The rest of the day followed in much the same fashion. To be honest, this media lark can get a bit tedious: I had to climb a gate half-a-dozen times before they were happy with the shot. Of course, the most important bit was the interview, which ironically took the least amount of time.

The documentary is looking at views of British people a year on from the referendum. Besides myself, they had also filmed with a fisherman and a Polish NHS worker.

It was interesting to spend time talking to Nina, the producer, about Brexit and understand how ordinary Europeans feel about our decision. Germany is the heartland of the EU and I was surprised at just how hurt and saddened they felt about our decision.

I was really touched by their affection for the UK and, despite their disappointment, how important they felt the relationship was. Not least, for the peace and reconciliation that the EU helped to create in the second half of the 20th century.

I was very keen to put across a conciliatory rhetoric during my interview. I fear that the media has misrepresented the average leave voter as bigoted and hostile towards our European neighbours.

Whoever shouts the loudest

I hope I presented a softer, more reasonable point of view and I stressed how important migrant workers, especially, were to our rural economy and that we still wanted them to see us as an open, welcoming society.

We all need to stand up for our convictions, because whoever shouts the loudest will get the most attention in the media – and the media are in control of public opinion.

We need to shape the discussion around Brexit through positive engagement with the public, be it face to face, on social media or even on the TV.

Hopefully I succeeded in improving public opinion of British farmers, even though I’m now the butt of any amount of dodgy jokes about my new career as a German TV star!