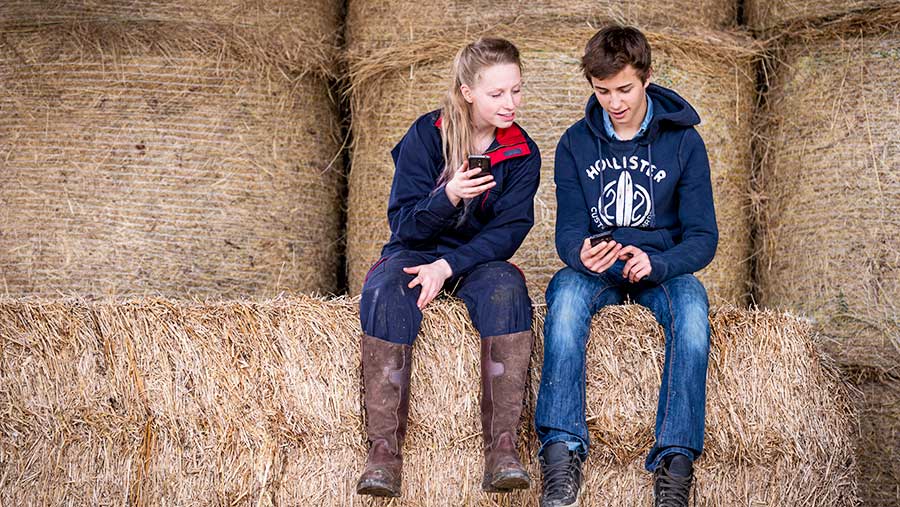 There won’t be a shortage of wheat or barley this year, if reports from Twitter and Facebook are to be believed.

Pub yields are a thing of the past. No need to wait for a wet day to prop up the bar and boast to neighbours about the enormity of your harvest .

Real-time “look how big mine is” photos of combine yield meters posted on social media are in abundance this summer.

Am I am the only farmer in the UK who is not averaging 14.5t/ha?

Social media has been with us for 10 years. Can you believe it? How did we survive when we couldn’t communicate with the person stood next to us by smartphone.

I worry that, for my children’s generation, Twitter, Facebook, WhatsApp, Instagram and Snapchat may render speech superfluous to their daily lives. But it is not all bad.

We have come such a long way with social media. Outside agriculture, farmers are recognised as early adopters.

And how we have benefitted. I see this acceleration of knowledge, news and ideas as one of the most important tools of our business. It allows us to overcome problems without trial and error. Using others’ experience and tribulations so we don’t need to make the same mistakes.

We are part of numerous groups and forums – for learning with others who are new to conservation agriculture, for our drill, for cover crops.

We share ideas with other farmers and teachers who are involved with school visits. I value them all. Most importantly, there is no geographical boundary.

Social media is a wonderful tool for connecting an industry that is too often disconnected.

But it is not all good. We are in danger of letting history repeat itself.

Twenty years ago, British farming was in the news for the wrong reasons. Food scares of salmonella, swine fever and BSE allowed the media to paint their own picture of the farming industry.

Fleet Street led their readers to believe that the farming sector was not committed to high standards of stewardship and husbandry and was out of touch with the British public.

This wasn’t a fair reflection. But all too often I heard people say that “farmers have such a good story to tell, but they only tell it to one another”.

Our use of social media is becoming equally myopic – only following people who we like, those with similar interests and similar opinions.  While it may sound counter-intuitive, our social media habits can lead us to become more parochial, not more worldly-wise. It can encourage bigotry.

Twitter and Instagram can position farming more positively with the British public, to influence policy makers and NGOs of great produce, good farming practice and husbandry.

But we need to stop talking to one another.

Our hashtags need to reflect all audiences. Here’s one example: negative messengers of glyphosate won’t recognise the hashtag #glyphosateisvital.

The same is true of who we follow and who we encourage to follow us. Of course, we shouldn’t cut off our own. But we should be actively following key influencers, bloggers and vloggers to reach an audience who don’t read Farmers Weekly or live in the Cotswolds.

Social media is a brilliant tool for bringing farming’s diversity and vibrancy alive. Use it as a pulpit, soapbox or bragging box and you’re wasting your 140 characters.