We’ve all pondered what we’d do, if that were the case. We asked some of our Farmlife and Opinion contributors about the big and not-so-big things they’d set about doing, if granted that wish.

So, from the referendum and woodpigeons to technology and cobwebs, our columnists share the things they’d like to change in 2017.

No doubt you’ve got plenty of your own, but we hope these will strike a chord with you.

As 2017 creeps up on us through a port-induced haze, I’m reminded of the earthquake that was the Brexit vote. I was a staunch leaver and I stand by that conviction.

However, for pity sake, can we please crack on with the task at hand.

The media, opposition and every liberal quango to the east of the Tamar need to stop muddying the waters and contribute positively to the process.

Whether you want a hard, soft crunchy or chewy Brexit, one thing is for certain – the longer we spend arguing about it, the more uncertain the outcome will be for the nation’s farmers.

So, less talk, more action – a motto that I should probably embrace for 2017, too. 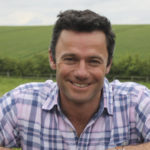 Government departments for health, education and Defra would collaborate to explore the huge number of benefits they could deliver for the British public and wider environment by working together.

They could create a globally pioneering policy that combines areas of health, education, well-being, nutrition, the environment and farming to leverage value for all. 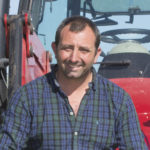 I’d make us all embrace – rather than fear – innovation.

We must grasp technology and let it do jobs that are a bind to us.

For example, drones could be programmed to fly over fields of OSR to scare unwanted pigeons while we sit back and enjoy our Sunday roast.

We shouldn’t be scared of genetic modification, either. Imagine if slugs could be modified to solely eat blackgrass.

Defra would also play some decent music while you are waiting on the phone to their call centre, wondering where your BPS has got to, Staying Alive by the Bee Gees would be far more apt. 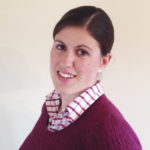 I’d instantly remove every cobweb in the roof of our milking parlour, never to be seen again because in 2016 we spent a small fortune getting them professionally removed for a dairy inspection.

Having witnessed the new “mannequin” craze that’s doing the rounds, my magic wand would have the power to “freeze” the world around me at key moments. 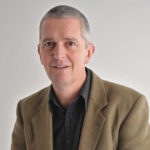 Occasionally, in a farming year there are all too brief events that you just wish you had more time savour and appreciate.

For instance, the other evening at dusk I turned a hedge corner to come eye-ball to eye-ball with a moon-faced barn owl on a low branch.

It was a sweet moment made slightly bitter by its fleeting as the bird immediately took flight.

Then there’s the feeling at the very moment when you realise the BPS has hit the bank account.

It’s an instant of elation that seems to all-too-quickly disappear when you remember the stash of unpaid invoices in the office draw.

Then there’s one of those rare moments when you suddenly realise there’s nothing on the farm that particularly needs doing and, what’s more, it’s lovely sunny weather.

If only at that point I could stop the clock.

Or let me freeze time at harvest when the combine yield meter shows double-digit yield figures. And for those reading this who are now thinking “that’s nothing unusual – it’s the norm on this farm”, please bear in mind this is with the correct kilo-weight and header width calibrated in.

But without a magic wand, I suppose the trick is to learn to cherish the moments that make this old farming job a joy rather than losing them in a blur as you rush around like a busy fool. 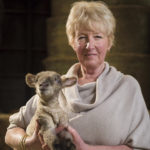 If it hasn’t already done so, I’d commission the BBC to make a follow up of This Farming Life.

I, and nearly every farmer in our circle of friends, found that for once it gave a realistic and absorbing account of agriculture today.

Plus, there were touches of hilarity – very much of the “laugh with”, rather than “laugh at” variety.

The show shone a light on farmers’ perseverance, doggedness, unaffected way of dealing with dramatic situations and sheer bloodymindedness.

It highlighted the concern for the environment, which underpins farming’s focus, but this did not dominate it. It was unlike so many programmes which frequently – too frequently – criticise agriculture.

This was a people programme. It highlighted the passion and care farmers have for their livestock and the strength of farming families.

And for once, it meant the opportunity for myself and John to sink down together on the sofa and watch the same programme – instead of me fighting for the remote control. 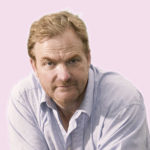 I’d conjure up a worldwide run of bad harvests.

The reason our industry is in such a mess is that there’s too much stuff being grown.Because there’s too much, it’s too cheap, and we’ve all become more and more dependent on subsidies, or hideous bird-killing wind farms and fields full of “green” solar panels.

I don’t mind what causes it – perhaps we finally start reducing the concentration of carbon dioxide (also known as plant food) in the air, and dropping the temperatures, guaranteeing poorer plant growth.

Perhaps a new crop disease springs upon us, catching us, the agrochemical industry (not to mention the blessed organic movement) by surprise, and savaging yields.

One thing I’ve learned in 25 harvests is that crop yield times final price is pretty constant, so we wouldn’t be worse off.

But imagine the feeling of driving past a field of solar panels or windmill, and enjoying the moral high ground.

And then the joy of watching them being peeled up/knocked down (using “carbon-neutral” methods, of course) to let the field re-join the push for food production.

The obvious things are world peace and having a rethink on Brexit. The latter is a big black cloud over everything and we have no clue how this will turn out.

It seems strange that people who are not prepared to risk £5 on the 2.15 at Kempton have bet the farm on Leave.

It is almost as if they have been under a “suspend critical thinking and take a massive punt” spell from a previous holder of a magic wand.

So, I’d have a Ghost of Christmas Future-type look at how this turns out for everyone and a chance to shape decisions accordingly. I’m looking for reassurance – so far I have found none.

I would also transform rural broadband and telecommunications.

In our case, the information superhighway is more like a single track road with passing places.

We pay a line speed of “up to 17 Mb/s”, but actually experience up to 2.5 Mb/s, dropping to under 1 Mb/s. from about 5pm when the kids come home from school in the village. Sometimes it packs up altogether.

In addition, we get no mobile phone signal in the house and large parts of the farm at all. Any improvement would indeed be magic.

What would you change in 2017 if you had a magic wand? Email fwfarmlife@rbi.co.uk and we’ll publish the ones we like best in Farmers Weekly.